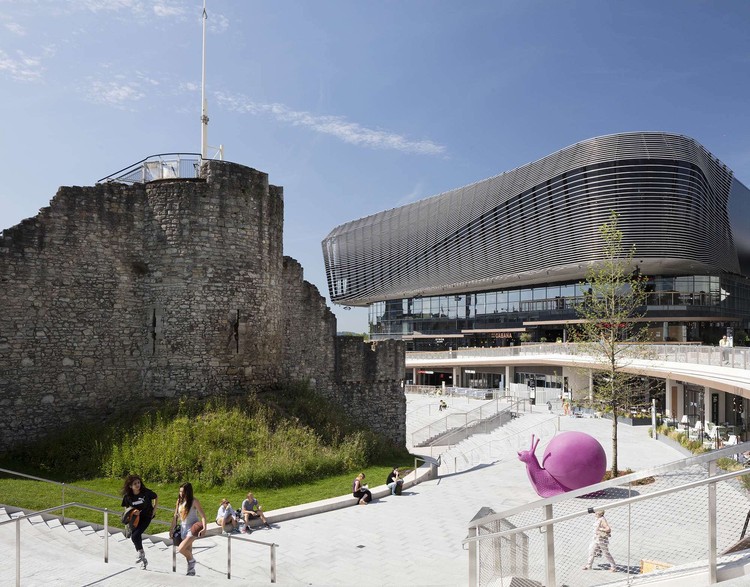 Text description provided by the architects. Phase 1 of Watermark WestQuay is the first part of a major redevelopment of a key area within Southampton’s town centre designed by ACME. e new scheme contains a 10-screen multiplex cinema, bowling alley, 24 restaurants and cafés, and a new public plaza and esplanade. Created for Hammerson, Watermark sits adjacent to their WestQuay Shopping Centre, drawing the development towards the sea. A soaring cantilevered box wrapped in a skin of curving silver tubes projects out over the new square, signalling the development from the city as a hub of activity.

The WestQuay masterplan addresses Southampton’s historic role as a main thoroughfare for cruise ships and trade. During the course of the twentieth century the shoreline has become distanced from the local population, moving progressively further away from the medieval town walls that historically marked the waterfront, due in part to a series of port facilities and industrial buildings, such as the former Pirelli factory.

Phase 1 and 2 of Watermark WestQuay have been designed as the first steps in a plan to reconnect the city to the sea, embracing Southampton’s ancient maritime history. e overall vision of the masterplan will ensure that the new development bridges the level change that currently divides the site from the city centre, while maintaining protected views by splitting the scheme into distinct north and south projects.

The areas of newly created public realm around the building are open 24 hours a day, ensuring that the scheme is fully integrated into the fabric of the city centre.

It centres around a new public plaza, flanked by the Town Walls and a set of tapering steps leading down from the lower promenade, creating a natural auditorium in which to host a range of events. Lined with restaurants that open up onto the square, this flexible space will become a scene of lively activity throughout the summer months.

A water feature provides a focal point and combines fountain jets with a mirror pool which ebbs and flows much as the tides would have done when this location formed the waters edge, while integrated lighting animates the space during the evening and night. During the winter the space is designed to host an ice rink, Christmas markets and other activities to ensure it remains vibrant with activity year round.

Leading south from the Plaza along the foot of the Town Walls is Western Esplanade. is is the first portion of a pedestrian route that will eventually reach all the way to the waterfront when future phases of the masterplan are developed. A sinuous planted swale creates pockets of space which allow people to gather and relax alongside colourful planting composed of wide variety of native species.

Uplighting is employed along the Town Wall providing a richly textured backdrop to the scheme at night, while all lighting to the public realm is provided from the building itself and the trees, ensuring the plaza is clutter-free and focusing attention of the ancient Walls. 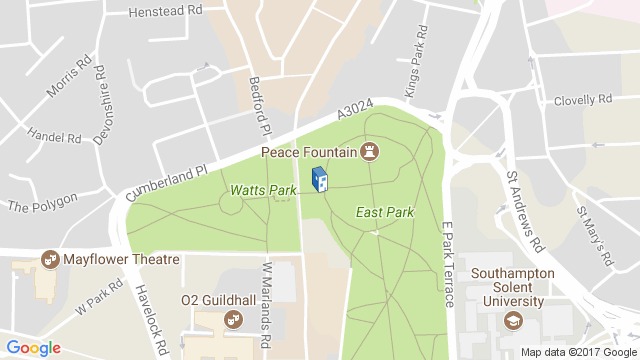 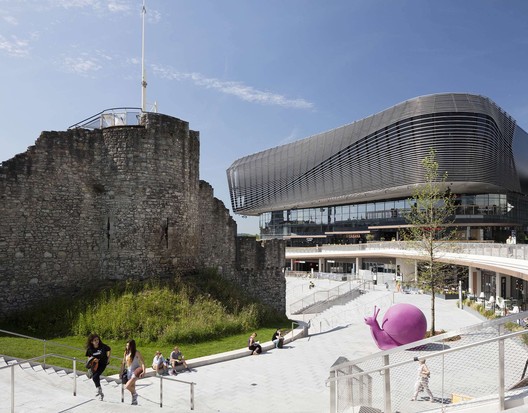