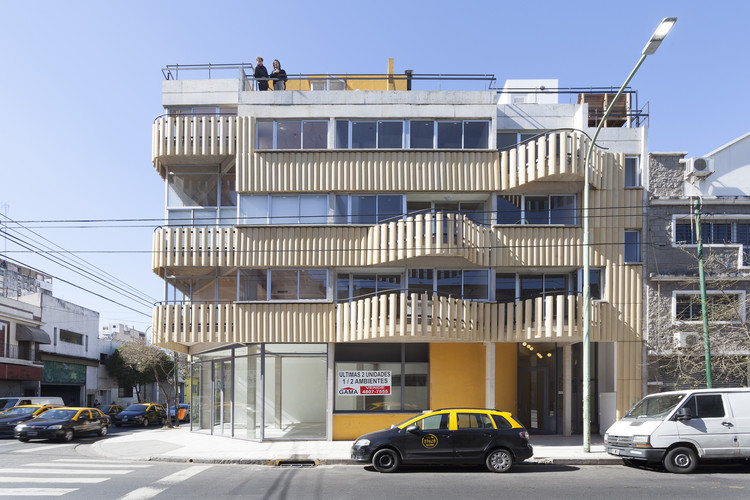 Text description provided by the architects. Abasto Ancho is a building with ten residential units and one storefront. It is located at the corner of Sarmiento and Anchorena streets in the Abasto section of Buenos Aires.

The uncertainly resulting from not knowing the building’s final users at the design phase was envisioned as an opportunity to experiment with ways of organizing collective housing.

To that end, three lines of architectural research were pursued: the Abasto neighborhood and its relationship to the materialization of the building’s façade-envelope; the configuration of the residential units such that variability could be systemized; and the layout of the building’s common spaces in order to encourage sociability. Those three lines, each of which corresponds to an instance in the building’s architecture, could be called Abasto, TetrisHomes, and Branching Spaces respectively.

Abasto
Though the building is technically located in the Balvanera neighborhood, this section of the city is known as the Abasto. That has been the case since the central market in its heart became an icon for a specific type of urban life where diversity—in goods sold and in the background of inhabitants-workers—comes together under a single vaulted ceiling.

The Abasto market’s ceiling, with its ability to join the divergent, was harnessed in the project specifically in relation to the building’s façade-envelope. A piece that extends between the building’s interior and exterior gives shape to partly covered intermediate spaces, balconies, terraces, sections of archways with distinct degrees of transparency.

The envelope was built using a system of precast concrete elements held to the building structure by metallic supports. The space between the curves of those elements and the variation in the aluminum joinery give shape to balconies and terraces. The precast elements were designed and constructed especially for the project on the basis of three models. The color of those elements was yielded by sampling the color of the Abasto market’s ceiling/roof.

TetrisHomes
No two apartments are alike in an attempt to expand the field of experimentation into the habitational possibilities of real estate projects. The façade is a continuous pieces behind which the units, with their different sections, fit together.

Like Tetris, this project is a simple game: all you have to do is arrange the pieces as they fall, leaving no empty spaces...

Branching Spaces
The common spaces and spaces for circulation were designed to structure one of the building’s branching spaces rather than as a dead-end stairwell: an ample space, with triple-height ceiling, in which neighbors run into one another as they go from the domestic interior to the urban exterior.

A vertical continuum that joins the lobby to the shared roof terrace in order to bring certain qualities of the street’s public space to the doors of the inhabitants’ homes. 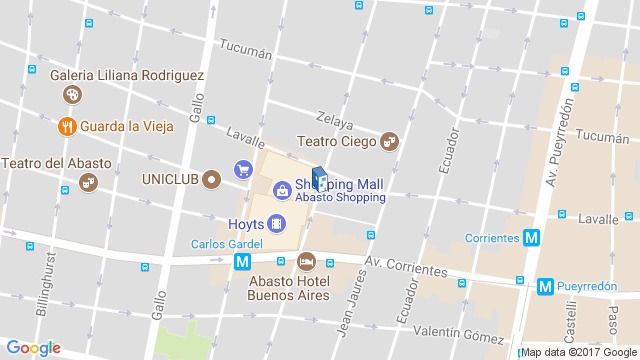 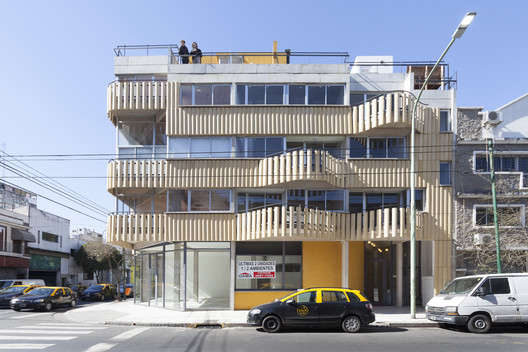