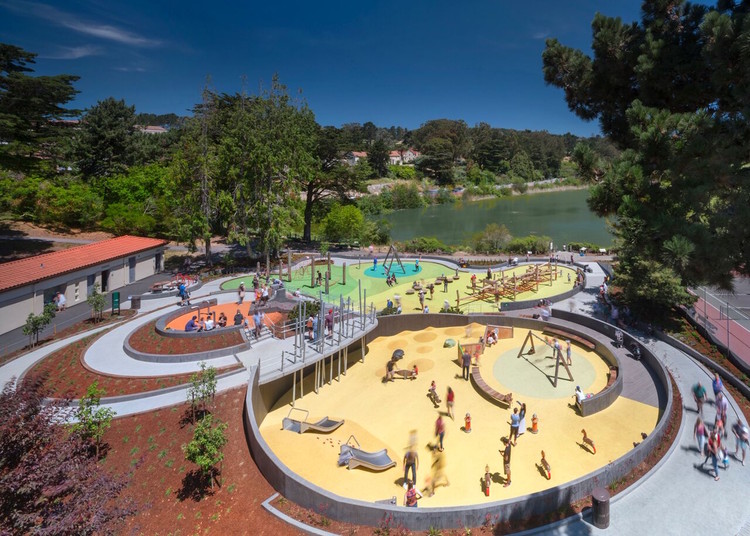 Text description provided by the architects. Tucked behind a row of Edwardian homes in San Francisco’s Richmond District, Mountain Lake Park Playground is nestled amidst mature evergreen trees and gently slopes down to the shore of Mountain Lake on the southern edge of Presidio National Park. The new design works seamlessly within this context, creating a feeling that the playground has always been there—specific to this place and this part of San Francisco.

The renovated playground takes advantage of the site’s topography, with separate play areas on terraces, organized according to age and play ability, threaded together by a series of meandering pathways that provide an accessible route throughout the playground, including to the top of the slide. The centerpiece of the playground—a treasured concrete slide that cascades down the side of a large earthen mound—has been preserved, anchoring the updated playground to the cherished memories of the community’s past. Midway on the journey to the top of the slide, an observation platform sits perched on a forest of steel columns, evocative of the trees in the surrounding park. The platform overlooks the pre school area below while facilitating expansive views of Mountain Lake. Apertures in the platform provide framed moments of intrigue for the users both above and below.

Additional design elements draw on the rich natural history of the site. The ‘sand dunes’ of the preschool area represent the rolling sand dunes that once spread across the region; the ribbed pattern of the concrete walls is an abstraction of tulle reeds that line the shores of Mountain Lake; tracks of birds and animals native to the area imprint the surface of the wall that borders the school age area; while large sculptures, including a frog and turtle, acknowledge the native aquatic life in the lake. These site-specific references are enriched by large timber play structures, giving the impression that they were fashioned from logs of the surrounding forests.

The effort to renovate the playground was spearheaded by a group of three local mothers, in partnership with the San Francisco Recreation and Parks Department. The three women formed the “Friends of Mountain Lake Park Playground” (FMLPP) in 2010 after they learned a renovation could only happen with the support of community advocates. The project was earmarked to receive funding through the Clean & Safe Neighborhood Parks Bond because of FMLPP’s initial efforts, which also included a substantial donation from the group itself. Remaining funds were raised mainly through small- and medium-sized donations from the community, as well as donated services from Bohlin Cywinski Jackson, Lutsko Associates, and Holmes Structures. 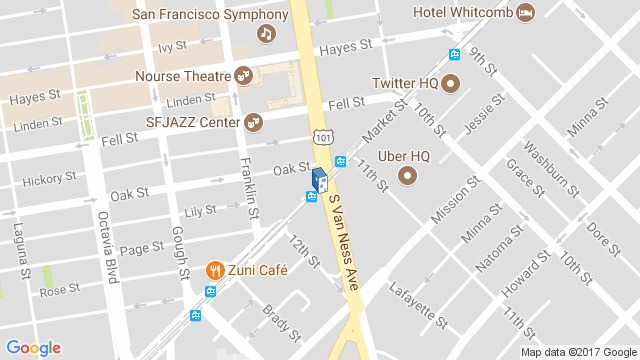