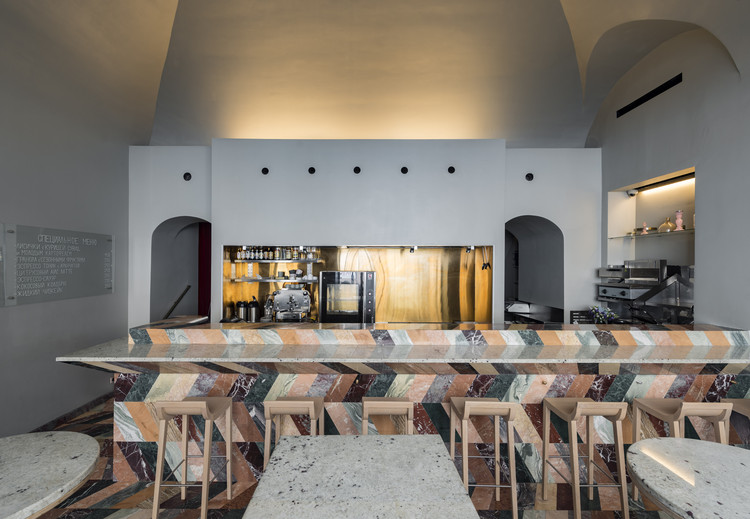 Text description provided by the architects. A double-leveled café and bar ‘Iskra’ (‘Sparkle’), serving grilled chicken and a variety of sparkling wines, is located in one of the most authentic neighborhoods in Moscow. Kitai-Gorod is a part of the old city, once hidden behind the vallum that adjoined the Kremlin. Pokrovka 38A is a classicist building constructed in the late XVIII century that used to be the private residence of a noble Moscow family. After the building was nationalized by the Soviet government, a light and spacious bedroom with a vaulted ceiling — taking up 35 sq m of the ground floor — was turned into a local dairy shop. This space is now Iskra’s upper-level café with a secret bar (ironically called ‘Public Bar’) occupying the basement beneath.

The idea behind the project was to design a ‘genuinely Moscow’ interior in opposition to the monotony of the countless Brooklynesque internals of the hipster venues recently opened in the central part of the city. However, the sought authenticity isn't necessarily truly authentic: designing a ‘genuinely Moscow’ interior allowed for having an imagined, invented, exaggerated and fictionalized city as a reference. So the ‘Moscowness’ was to be conveyed via the use of ‘native’ colors (green, red, gray) and materials (brick, concrete and, of course, marble to evoke the underground marble paradise of the Moscow metro).

The café is roomy and light, it has an open kitchen, a shiny brass hearth and a parquet-like marble pattern spreading across the bar counter as well as the floor. The pinewood furniture is light and tall and therefore doesn't clutter the space. A huge window fills the space with daylight and provides guests with a panoramic view of a central street. A glowing sign placed inside the venue serves as a lamp once the sun sets and the natural light is replaced with artificial illumination. 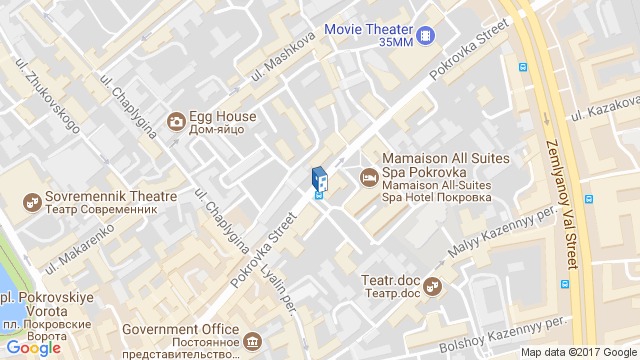 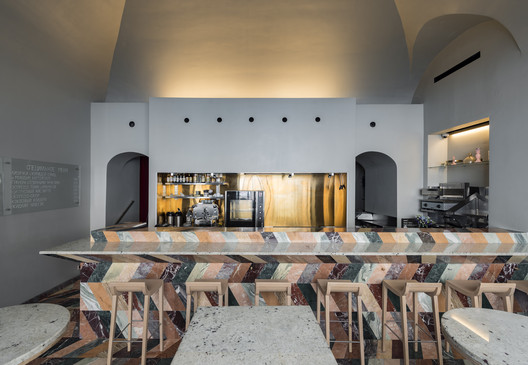