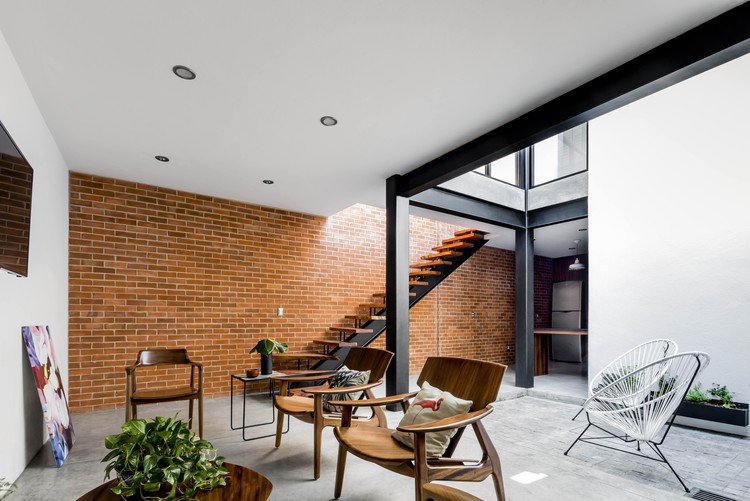 Text description provided by the architects. Casa Forasté is a single family dwelling that responds to the necessity of a young marriage that obtains a lot in a centric neighborhood of Guadalajara, Mexico. The goal was to provide a practical refugee, with an optimization of the resources.

The building has two levels and 93 square meters of construction and it is trowel in an L form lot of 60 square meters, which belonged to the rear of the adjacent construction. The architectonical program in the first level consists of a social nucleus, integrated by the living room, kitchen, powder room and a central courtyard which is the focal point of the project, also this open space allows flexibility and connection between the other spaces and guarantees lighting and ventilation to the interior of the house.

In the second level, there is a master bedroom with its own dresser and bathroom; a secondary bedroom with a bathroom and a utility room. Due to its west orientation, the façade shows itself like a solid volume without openings, with the intention of protecting from direct sunlight. The materials used in the first plane of the front façade, point out the simpleness and sobriety of forms that were looked for in this project, the polished concrete volume was empathized like a solid figure that makes reference to a stereotomic architecture, the architecture of the cave that lies on the ground. The secondary plane is composed by a white texturized solid with a small opening that seeks contact with the light and allows it to enter the house, filling Casa Forasté with warmth. 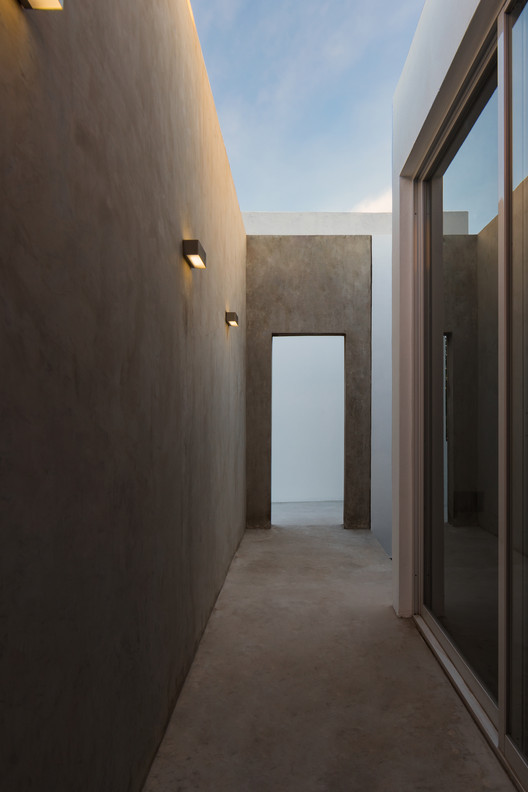