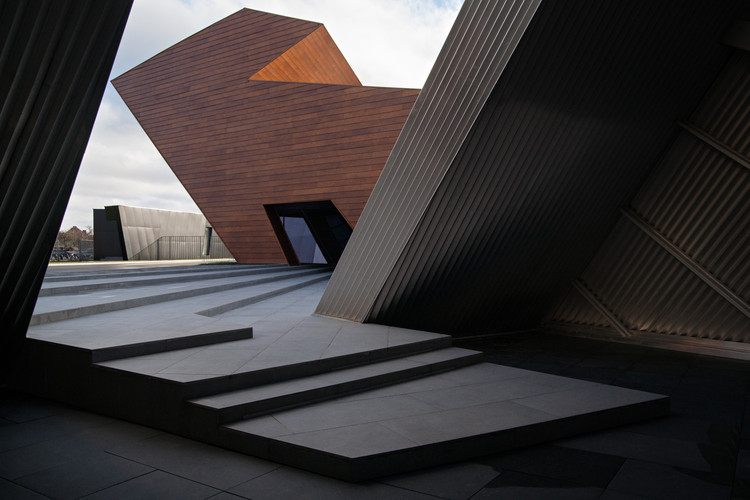 Text description provided by the architects. The building is located in Kaliningrad region in old German town which was seriously damaged during World War II. In an empty place adjacent to the railroad a modern plant of cognac production was built. Our task was a warehouse building project which apart from its main function - storing cognac tierces – would serve as a place of meetings and communication, guests reception as well as a symbol of creation and rebirth, demonstrating the role of the plant in the city life.

The applied while considering all the parts of the project has led us to creation of an extremely symbolical architectural ensemble.

Starting with the notion that the initial material cognac manufacturing deals with is a grapevine (a most mystical image in Christian symbols, embodying the sense of Tree of Life as well as Eucharist and Paradise (Holly Fire)) and wine (Divine Blood), — we decided to place the form under the authority of literary symbols, which are to create the images of harmonious interaction of various symbols and signs, sometimes opposite and antagonistic, but making stable pairs, giving rise to a new symbol.

Internal and external, male and female, low and high, closed and opened, wood and metal – here is just a short list of pairs, which we used in order to create shapes of the buildings.

A low wooden building, serving as a warehouse, embodies an image of Earth “giving birth to” – it is an image of a woman protecting and bearing. It is bound to the earth tightly, grows into it, grows from it and protects and preserves a birth in it. It is an Yin sign, deep, cool, low — internal.

A high capacity made from metal is reaching for the sky and is associated to light, mind, external, male. It is slightly liable and mobile, opened (the capacity has simply been torn and burns like a candle at night).

The low part of the capacity is turning into a ladder, which as a triangle runs into the horizontal capacity, allowing visitors to examine the warehouse interior, without entering. At the same time a tail of the wooden block on the other side also gets into the corpus of the high capacity as a triangle. In this plexus they give birth to a space between and inside themselves, organizing the around space together.

Buildings have been designed basing on the same geometrical platform (by which they are connected to the cognac distillery main building and to the site geometry as well). Each line both horizontal (according to the plan) and vertical (facades and sections) has been determined by a complicated geometrical scheme, which itself has formed the capacities of the buildings, and the architects appeared to be just tools of this structure, after it had been created by them.

The third object — a checkpoint, is the beginning — the gates to the following stage of the project — the creation of a park — a new line. 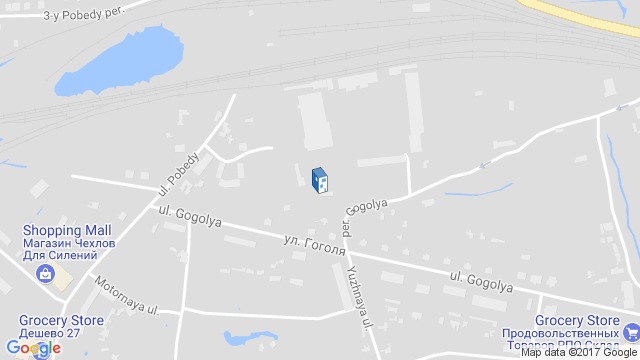 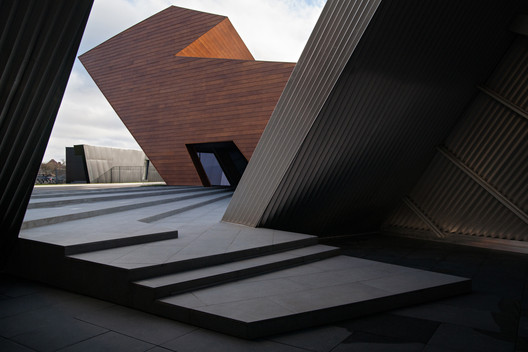