This article was originally published on Common Edge as "What We Can (and Can’t) Learn from Copenhagen."

I spent four glorious days in Copenhagen recently and left with an acute case of urban envy. (I kept thinking: It’s like... an American Portland—except better.) Why can’t we do cities like this in the US? That’s the question an urban nerd like me asks while strolling the famously pedestrian-friendly streets, as hordes of impossibly blond and fit Danes bicycle briskly past.

Copenhagen is one of the most civilized cities on the planet. The world’s “most livable,” it’s often called, with some justification. (Although a Danish relative did caution me, “Spend a few weeks here in January before you make that pronouncement.”) But the seemingly effortless civility, Copenhagen’s amazing level of grace, is not an accident of place or happenstance. It’s the product of a shared belief that transcends urban design, even though the city is a veritable laboratory for pretty much all of the best practices in the field.

A group of us had been invited to the Danish capital by the Gehl Institute, founded by the practice of Jan Gehl, the renowned architect and urban visionary. Our mandate—a pleasant one, to say the least—was to observe, to reflect, to think about ways in which the Copenhagen success story might be replicated in cities back home.

There was much for our hosts to be proud of. Copenhagen is justly renowned for its bicycling culture. Half of its residents commute to work on bikes (snow or shine), a large number even for Europe and an utterly unthinkable one for visiting Americans. Even with big gains recently, less than 1 percent of US employees cycle to their jobs.

Copenhagen’s bike lanes are extensive, and most of them provide something critical for safety: physical separation. But even the unprotected lanes possess a strange, almost ethereal equilibrium, as if the bikes and cars had come to some sort of cultural understanding. It feels unspoken and unconscious and utterly safe, but it’s actually learned behavior on the part of cyclists and drivers alike. School children in Copenhagen start bike safety lessons early and the training continues through the upper grades.

Our hosts from Gehl were quick to point out that the bike lanes, great as they are, mesh with a larger, holistic approach to urban design. The objective isn’t cycling, per se, but transportation. It’s about building a network of options, with the overriding goal of creating a more livable city. The equation is fairly simple: more bikes equal fewer cars, less noise and less pollution. (According to our hosts, the city is expected to become carbon-neutral by 2025.)

This farsighted approach to place-making isn’t limited to transportation. All of the initiatives that we observed—the parks, public spaces, walkable streets, bike lanes, comfortable street furniture, the adaptive reuse of old buildings, even the planting of trees (which eliminated parking spaces! Imagine the uproar in Park Slope!)—were connected to a larger civic purpose: creation of a shared public realm. Copenhagen feels, in a way that no other American city does, like a group effort.

And that’s where the idea of “learning from Copenhagen” became trickier for a visiting American and maybe a bit sadder, because the key word here is shared. We can use bits or even large pieces of the Gehl toolbox. US cities, such as New York and Pittsburgh, already have. No surprise there, given that Gehl’s thinking is rooted in Jane Jacobs’ vision of urban scale and eclecticism. But rapid urban transformation—of the kind that we’ll desperately need in the future—requires a systemic approach: the Copenhagen model. All of the initiatives must reinforce each other. And getting that level of buy-in, that level of consensus, is ultimately not a design problem, but a political and cultural challenge.

Copenhagen of course is not a perfect place, as residents are the first to tell you. The city is struggling with gentrification and displacement; it’s confused and conflicted about its response to immigrants and immigrant families; it’s becoming far less economically diverse.

And not all of Copenhagen’s urban lessons, however inspiring, are easily transferable. It’s difficult, if not impossible, to compare a city of just 600,000, to New York, Chicago or Los Angeles. But perhaps there’s one precept that we can take back to our local communities: Copenhagen still operates on a set of collective assumptions about equal access to the city. This is a shared civic value, and it underpins decades of work by people like Jan Gehl. More than curb heights or bike lanes, this is the real secret behind Copenhagen’s success. 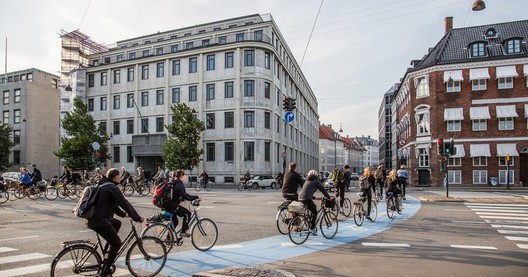