Text description provided by the architects. The project for the "Pedra da Ra" lookout point is based upon a municipal investment Programme which aims to promote the tourist possibilities of the Riveira City Council.

The lookout point known as "Pedra da Ra" has been used as such since the 1980s, when a concrete staircase was built to climb on the rock and from there one could observe the Atlantic Ocean’s horizon.

Over time the original staircase deteriorated while losing all its meaning. The project is born out of the necessity for the demolition of that aggressive concrete staircase. This aggression is acted on both the environment and the rock itself. Thus, one sees the need to propose an action towards the recovery of the natural state of the site.

Cleaning
The first proposal featured just to clean the site up: first by tearing down the original staircase. Then, move land and clean up the environment of sediments and shrubs.

As a result of this cleaning, however, new rock formations appeared and made us rethink the original project. We had to convert it from just a look out one into another that originated distinct pedestrian paths as diverse as the one towards the nearby Celtic settlement - The Cidá Castro- of great archaeological value. There is also the slope path, which leads one towards the dunes of The Corrubedo Natural Park.

Ultimately, we have attempted to build a new setting from where one is able to contemplate both horizons over the Atlantic Ocean and the Corrubedo Natural Park. To be named after the unique rock formation – the Pedra da Rá. However, first and foremost, we propose the Cida settlement to be turned into a unique natural space by virtue of its archaeological past and its landscape value.

Materials
As a result of a search for belonging, the project was primarily based on the use of local materials such as the wild granite, coming from a nearby quarry, -Confurco´s quarry- just 10 km away. Plus, the reutilization of both the stone tiles, so called pedras vellas, and  the recycled cobble stone, coming from scraps of other works. They are to be used for paving some paths, which will simultaneously achieve a low-cost and low-maintenance upkeep.

The plants to be used for the vegetation will include the creeping species found on the nearby hill and will be replanted around the Pedra da Ra.

Given the nature of the chosen stone, the wild granite type plus the vegetation, the ground creeping plants, the resulting space will be one of little or no maintenance at all.

In summary, the project has proposed a fundamental transformation. It goes from being a space which is based on the visual, meaning a centralized focus on a specific point, to become a one of pathways and diverse movement. The origin of new trails will allow one to contemplate nature from different points, but above all, to experience and feel it through the different senses by means of sub textures, sounds, and smells.

Ultimately, the project has attempted to reinforce the flow of movement over the static and regain the tactile experience in addition to the visual. Thus, achieving a set of a unique characteristic, where nature takes center stage and the architecture acts only as a framework. 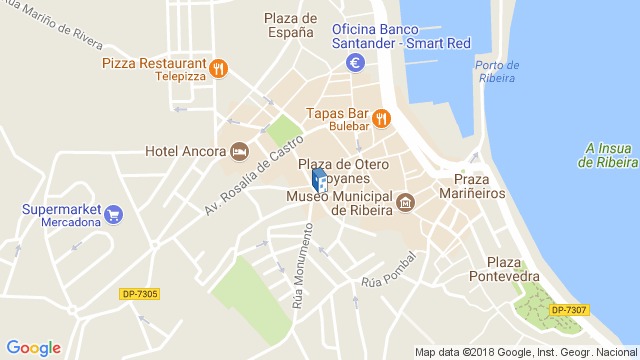 Location to be used only as a reference. It could indicate city/country but not exact address.
Share
Or
Copy
About this office
Carlos Seoane
Office
••• 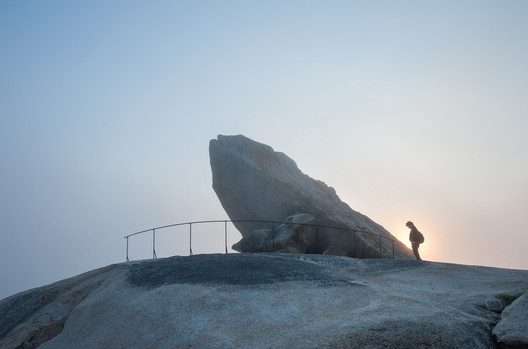