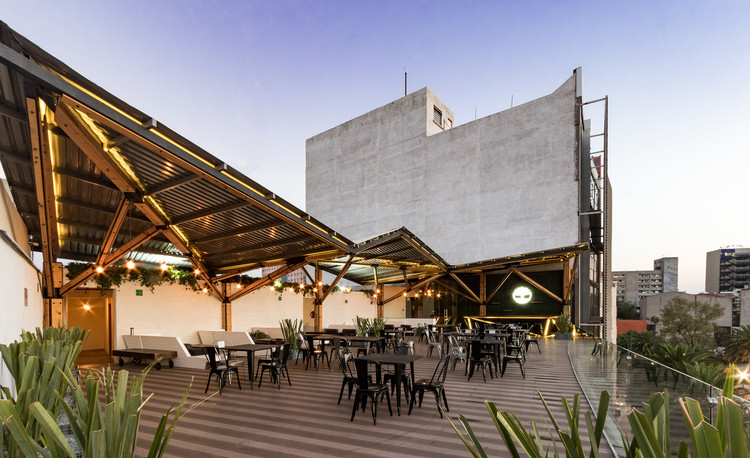 Text description provided by the architects. An under-used rooftop with a privileged location, in front of the Plaza de la República and the Monumento a la Revolución in Mexico City, sparked a strategic collaboration between the brand Timberland and the real estate developer Reman Holdings. Building a rooftop terrace reconciled the interests of both parts in having a venue for events and making the most of such a powerful space, to be part of the facilities of HomeWork. A-001 Taller de Arquitectura led from the beginning the coordination, project management, architectural proposition and building process.

This project puts in practice an URBANKETING concept, developed by A-001 Taller de Arquitectura, which allows companies and brands to make marketing through accountable and non-invasive urban and city projects.

The formal aspect was based on the premise of potentiating the view to the Plaza, besides giving priority to a versatile functionality. Consequently, a partially covered open plan floor was proposed, which enables to host different kind of events as parties, concerts, restaurant, bar, yoga, among others. Using material such as wood, metal, zinc plated roof, an architectural language was created according to the spirit of Timberland, which is inspired by the outdoors experience.

The main challenge of this project was the structural solution, since a nonexistent floor plan level was created and to do so it was necessary to extend the vertical structural elements of the building and to set up a mesh over which the terrace was built.

The Terraza Timberlad, being the first viewpoint to the Monumento a la Revolución, takes part in the urban revitalization of the Plaza de la República through a different way for promoting a brand: making a contribution to the city and taking advantage from disused spaces. 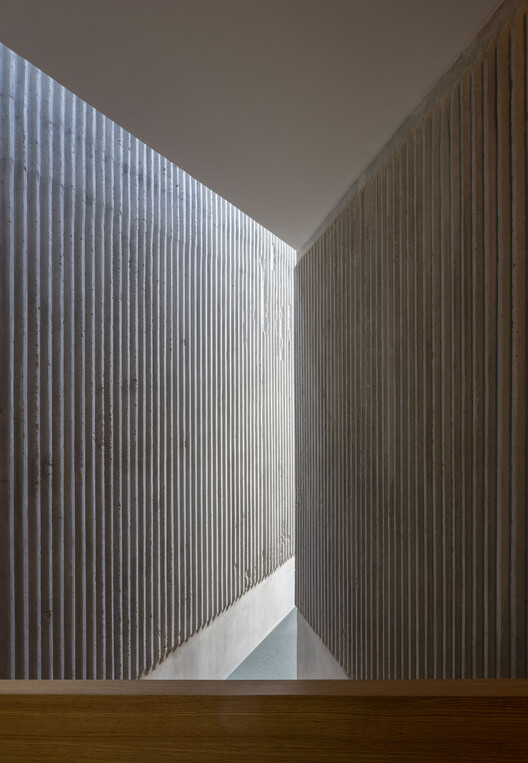