Save
Rose Museum / NEXT architects 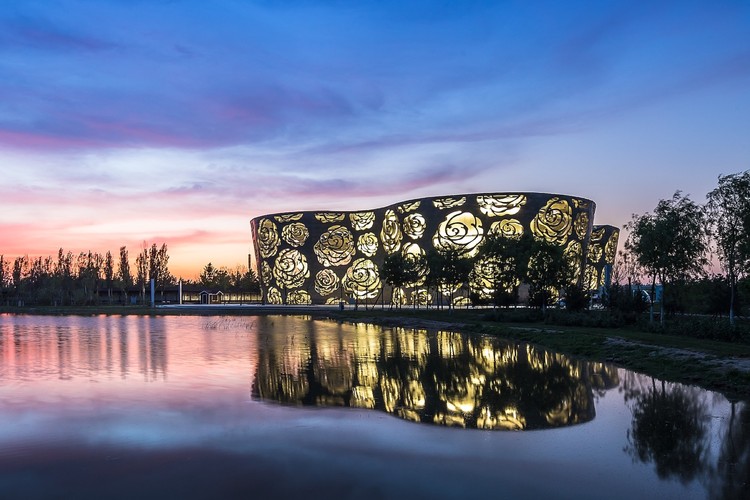 Text description provided by the architects. The Beijing Rose Museum is the main venue for the 2016 World Rose Convention, in which over thirty countries participate. In this 100 hectare rose park over 2.000 species of roses will be exhibited.

Roses and floriculture are deeply rooted in Chinese Culture, dating back at least to the 11th century B.C.. To showcase this history and the rose culture in general, NEXT architects designed a large-scale, new museum building. The museum is covered by a soft, stainless steel façade of 300 meter long, 17 meter high that is perforated by a rose-shaped pattern. This detached skin creates four half open courtyards between the façade and the main museum building, where the rose pattern creates an ever changing play of light and shadow. The way in which these open spaces are embraced and enclosed by the building, strongly reminds of the traditional Chinese walled-off courtyards. At night the building inverts itself: the museum façade lights up and projects shadows of flowers outside the building.

The design was selected in an international competition in 2014 for its capacity to combine tradition and innovation, inner- and outer spaces. Throughout the ages, the Chinese walled-off courtyard epitomized traditional Chinese architecture and culture; it became the “ideal model” to embody social hierarchies as well as the harmony between man, house and nature. This is especially true in Beijing, where the courtyard architectural model stands at the basis of common people’s housing, but also more complex structures such as temples and palaces. The enclosed spaces of the courtyard offered privacy, protection, and marked the — spatial and ideological — boundary between “inside” and “outside.”

NEXT architect’s design for the Rose Museum takes this theme as its point of departure and plays with these oppositions by creating a new version of the historical Chinese courtyard. This time, the semi-transparent walls do engage with the surrounding space, in contrast to the solid heart of the museum building. John van de Water, partner at NEXT architects, tells that: “The main challenge with the Rose Museum was to find a modern Chinese identity for a building which significance is so deeply rooted into Chinese culture.” 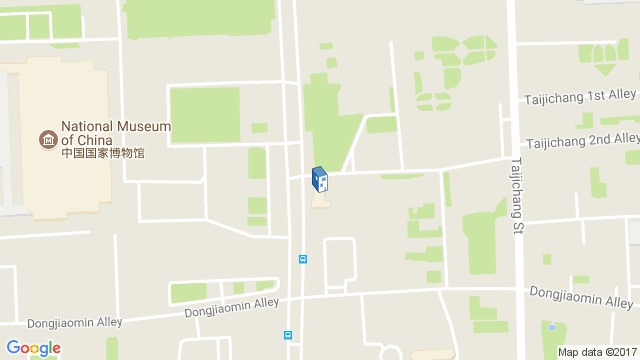 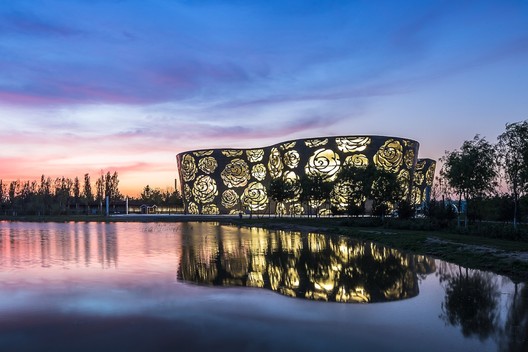