In addition to the 44 diagrams that map resident satisfaction for a number of urban issues, The New York Times has created an interactive infographic that shows the ranking of each neighborhood/district. The design of the graphic shows the distribution and trends of satisfaction; services for the homeless ranked dismally across the board, whereas daytime park safety received high marks throughout.

See the maps and interactive infographic over at The New York Times. 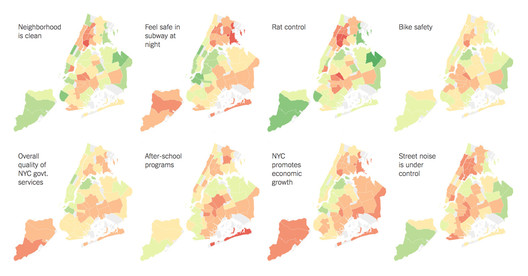