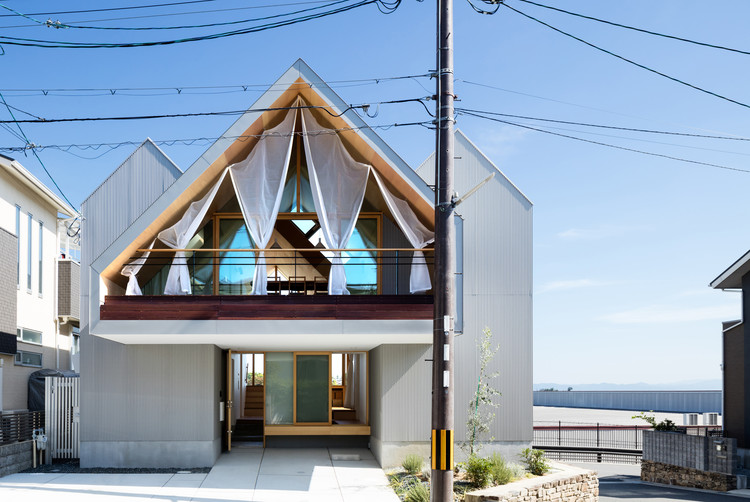 Text description provided by the architects. The clients wanted a house that they can enjoy a nice views as well as good communicating with people around. From there, we can see the sky and cherry blossoms and before building the house,there used to be the place many children were playing and parents were talking there.

First, we arrange the spaces of the house for “Parent`s house”,“Everyone`s house”,“Housework and children`s house”. Placing moderately closed “Parent`s house”and “Housework and children`s house”in the north and south, extremely open “Everyone`s house” in the center, we make it compatible with keeping privacy and making an open house.

We design a house that residents feel as “living in the landscape”because by the series of house-type volumes, it become a series of landscapes ranging from houses to newtown to mountain ranges.

“Everyone`s house”is a continuous space both inside and outside ,and has floors and steps at various levels with different meaning to each. They are not only as a space but also functions as a chair, table and storage, planning to be able to be used for each heuristically in everyday life by combining with the surrounding environment such as light, wind, sense of distance.

A large space named “hall”which is the essence of “Everyone`s house”becomes a continuous field from the newtown, becoming a playground of the children around, becoming a study room of the family, and becoming a city living room of newtown by accepting the growth of the family and newtown at that time doing.

The inclined ceiling by wood in each “house”is made continuous or torn, so that the human space and the scaled out space coexist. At the boundary of the “house”the ceiling is low and it is the human space, at the center the ceiling is high and it becomes the space scaled out. With the slope of the ceiling, the human scale scales out seamlessly and connects to the outside via the balcony, so that people feel that mountain ranges on the east and newtown in the west are not “cutted out and relativized exterior ”but“exterior felt as extension of body”. It is as if living in “wooden window”where comfort and openness coexist, and it will be a new type of connection to the outside.

In newtown “house”s, by rearranging and reconstructing the spaces of the house, we created a new relationship of “people, houses, newtown, landscapes”with how appearance is, how to use the space, how to feel the space. And the overlap aimed to produce a rich life.Also, I hoped that such new relationship would help to realize that houses is more free, even for newtown with uniform town houses. 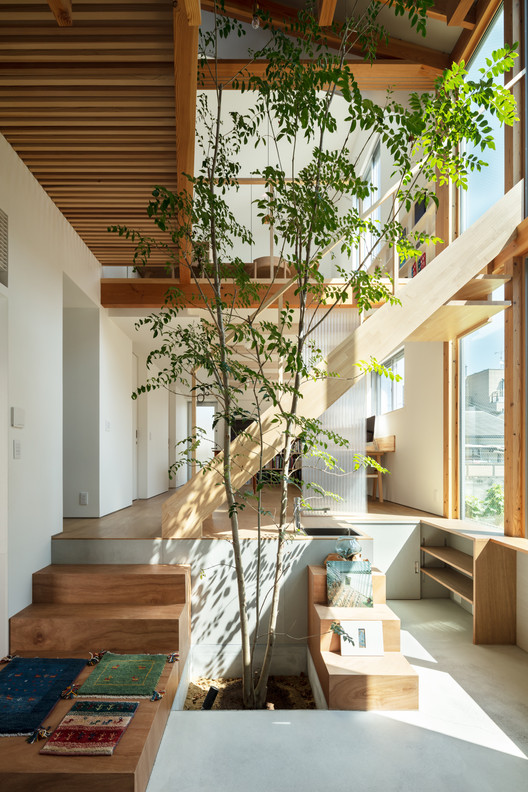 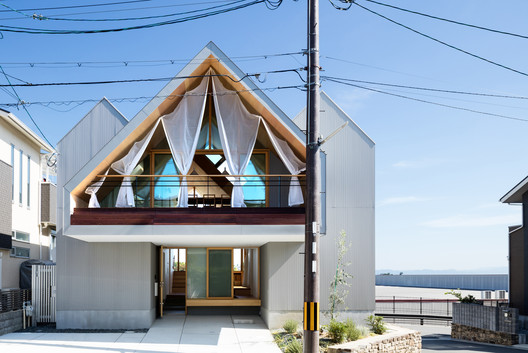