Save
See Thyssenkrupp's Sideways-Moving Elevator in Action
Share
Or
Copy

Watch the video above or read more about MULTI at the article below:

In their latest press release, elevator manufacturer ThyssenKrupp announced new information about their cable-free system that rethinks the movement of the 1853 invention. Allowing for both horizontal and vertical transportation, "MULTI" has the capacity to innovate tall building design through its elimination of architectural constraints such as vertical alignment and elevator shaft dimensions. 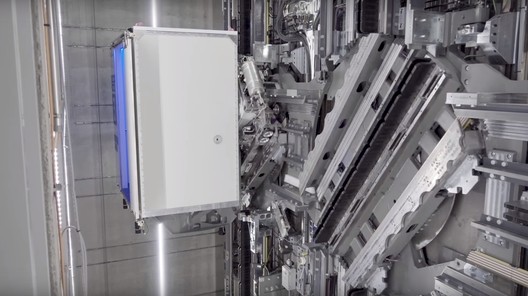