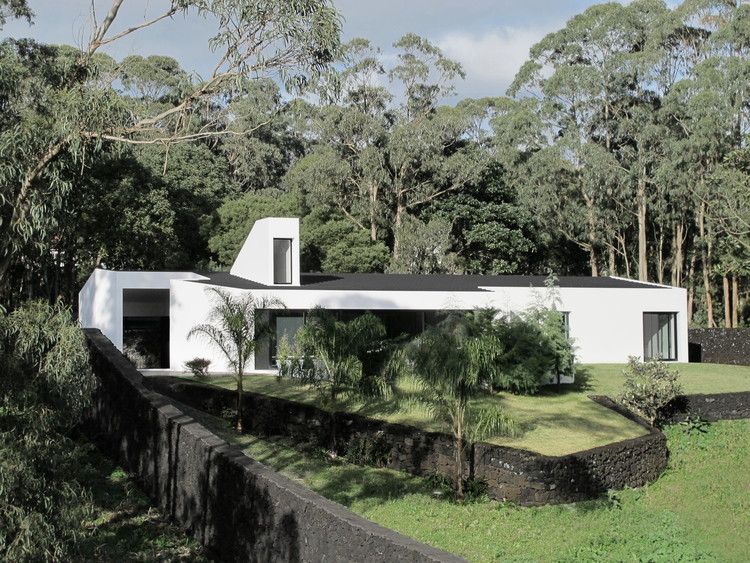 Text description provided by the architects. Built in an area of uncertainty between a fast track and a densely wooded area the MP House it is located on the border between the urban and the rural.

The deployment of the house on an existing slope allows gaining dominance over a lot of unusual configuration that, strangled in the North, clearly opens to the South.

The presence of deciduous trees and the exposure to winds and sounds, caused by the presence of a road led to the use of two attics that protects the House and helps to define 2 patios that preserve the views to the South and to the West.

The House was designed in such a way as to conceal with the natural development of the vegetation around it.

In the kitchen, there is a vertical element which turns into a strong Southern light and works as a periscope in order to see the ocean on a mirrored surface overcoming the visual barrier imposed by the road. 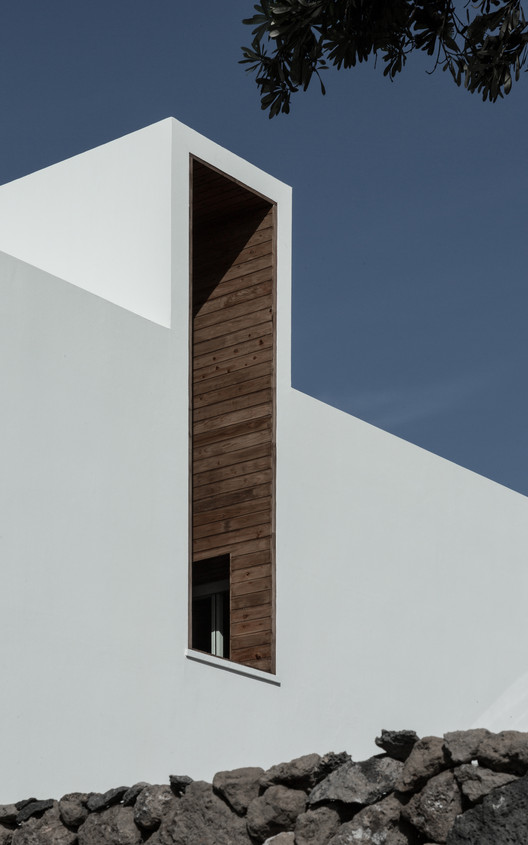 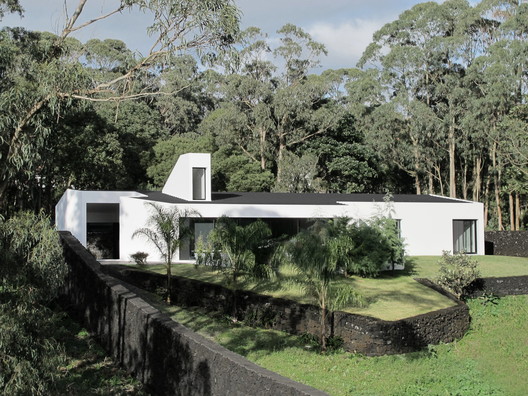