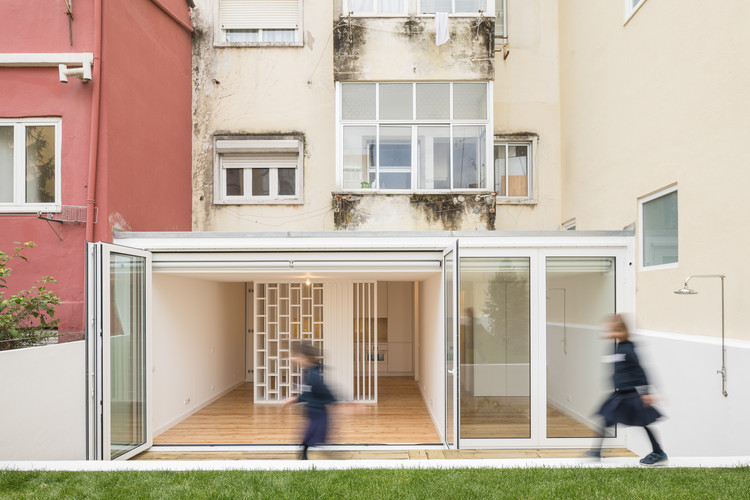 Text description provided by the architects. Located on Rua de São Félix in Lapa, the apartment is on the ground floor of a 3 storey building, built in 1986.

With a construction area of ​​72 m2 and a backyard with 63 m2 that is located in the rear of the building, the program intended the extension of the house to the rear wing, allowing to increase the construction area respond clearly to the programmatic intentions of the customers. In this sense, the main objective of the project was to adjust the functional program, combined with the desire to strengthen the relationship between indoor and outdoor, not limiting the house to the glass, but to the garden.

The premise established for the development of the project assumes, as a priority, the spatial quality, exploring the inherent functionality of each space assuming a new, more modern language that will allow a new way of dwelling.

In this sense, the new enlarged volume is assumed to be moderate compared to the existing construction, in that sense it was decided to use a solution in which the spans are defined in order to allow the emphasis on the transition / connection between the interior and the exterior.

The social area, kitchen, dining area and living room merge into one space, creating a relationship with outside essential for living and the way of living the house itself. 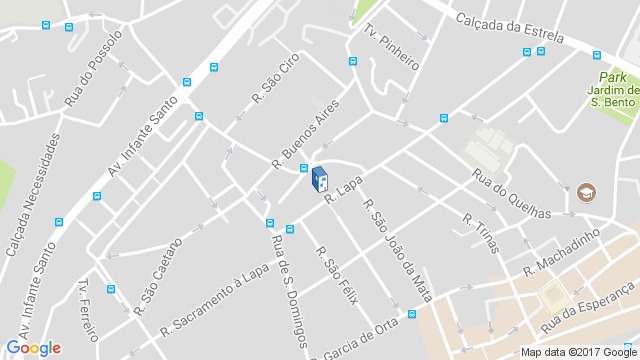