Save
The City of ArchDaily: 2017 Building of the Year Awards Exhibition
Share
Or
Copy

The 22nd ARCH Moscow International Exhibition of Architecture and Design was held in Moscow on May 24-28. ArchDaily joined the exhibition’s partners this year for the first time, and together with speech: media-project they presented a special exposition during Arch Moscow.

Featuring the buildings that received the ArchDaily Building of the Year award in 2017. The 16 sites that received the most votes this year from visitors of the ArchDaily website became the focus of this exposition designed by the architect Sergei Tchoban (together with the architect Andrei Perlich, and curator Anna Martovitskaya – chief editor of speech: magazine). In order to best show the sites’ photographs and drawings, the installation was designed in the form of 8 double blocks, whose shape and color reference the ArchDaily logo. Before us are snow-white rectangular blocks with the recognizable blue window-niches, and it is in these niches that the photographs of the best buildings of the year are displayed. 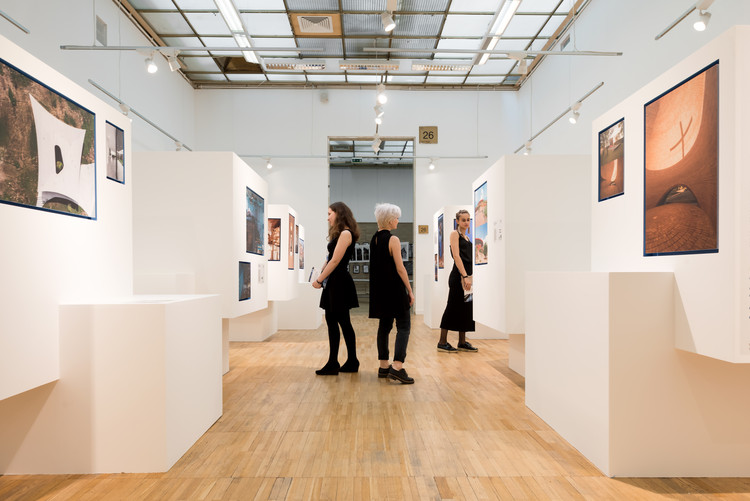 Each of the blocks has its own configuration and the niche sizes in each of them vary across the facades, creating a sense of a diverse development within a fairly small hall. The rectangular room prompted the architects how to optimally arrange the blocks: they are set up 4 in a row along the 2 long sides of the hall, without touching the walls or one another, resulting in a central street with 2 parallel side passageways and several “side streets”. What’s more, the niches with photos are distributed in such a way that none of the passageways are empty. “This is a fantasy on the theme of a city formed out of the best buildings created in a single year,” commented Sergei Tchoban on the exhibition’s concept.

The constructed blocks are made of MDF boards of various thicknesses, and then painted with Caparol matte white paint. The use of thicker MDF boards for the construction’s base made it possible to get by without a frame and thereby significantly reduce the cost and time of building the exposition. At the official ceremony summarizing the 22nd Arch Moscow exhibition, the joint exhibition by speech: and ArchDaily was awarded in the nomination The Best Architectural Design of an Exposition. During the exhibition days, the archspeech.com website published a special feature on the 2017 Building of the Year awards which gave Russian readers an opportunity to get better acquainted with the awards and the winning sites. 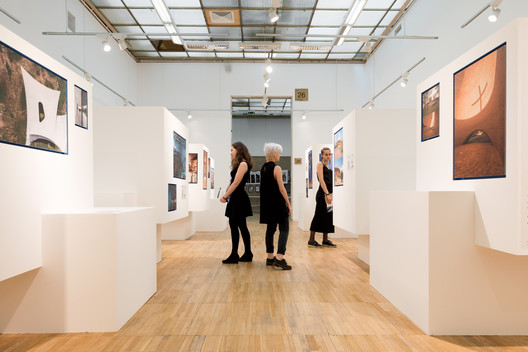