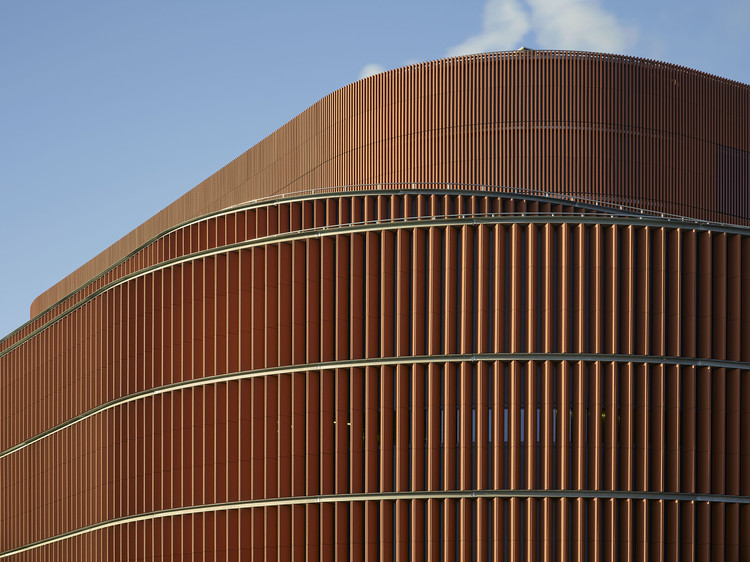 Text description provided by the architects. Värtan Bioenergy CHP-plant KVV8 is unique in its environmental ambitions and architectural form. It is the largest urban biofuelled CHP plant in the world. It’s very point of being is to significantly reduce an entire metropolitan area’s ecological footprint, while providing safe, reliable power and heat for the growing city.

The burning of CO2 neutral bio-refuse from the wood industry, which is regionally sourced and shipped directly to the facility, provides electricity as well as district-heating. Fortum Värme serves 80% of Stockholm´s households with district heat.  Within this system, KVV8 expands the city’s long-term sustainable distribution plan and is essential for its overall environmental effectiveness. Beyond this, KVV8 is not seen as simply a necessary part of the city’s visionary approach to its growing infrastructure, but indeed a new part of the cityscape and a good neighbor.

The sinuous façade of terracotta panels mimics the brick of the historical industrial buildings nearby and helps to negotiate the size of the large-scale building, while its dynamic form proudly expresses its civic function and is unique in its size and form. The refined detailing and materials encourage the growing city to nestled up directly to its grassy embankments and ancient trees.

The project is based on a holistic, sustainable approach aimed at reducing the CO2 footprint for the city, even including the role that individual buildings play – through the supply of district heating. The project has considered the entire chain of energy production and has utilized existing infrastructure and buildings by retrofitting them for new, resource-effective solutions. This plant alone will reduce Europe’s carbon dioxide emissions by 650,000 tons per year.

The planning of the facility has modelled itself on the principles of various green-building programs, including transport, work environment, health and wellbeing, indoor lighting, management, waste, pollution, land use, green space, water, materials and innovation.Placing the plant on an established production site centrally located in the city and adjacent to the harbor facilitates the use of the existing energy infrastructure and the transport of fuel by sea and rail.  A new pier has been built on site to increase capacity, allowing larger vessels to supply the plant with waste-materials from the sustainable forestry industries located in the Baltic region.

All this minimizes energy loss in distribution and production. Working environments, such as the control room all have generous daylighting and even a roof terrace, which aids in the concentrated working tasks performed.An Environmental Impact Assessment has described and analyzed what effects the project will have on local ecosystems. The project has been approved in the Land and Environmental Court of Sweden.

The form of the building and character of the facade expresses its civic role while using historically characteristic terracotta material as a way of anchoring it to the site and its industrial past. The custom-designed fins that make up its unique curving surface provide a transparency that subtly reveals the activities within - since safe, reliable and environmentally responsible energy production is nothing to hide. 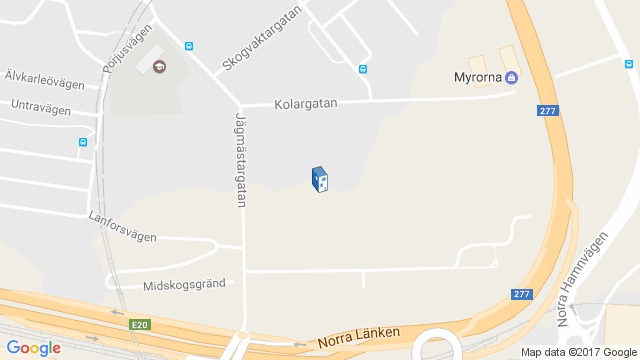 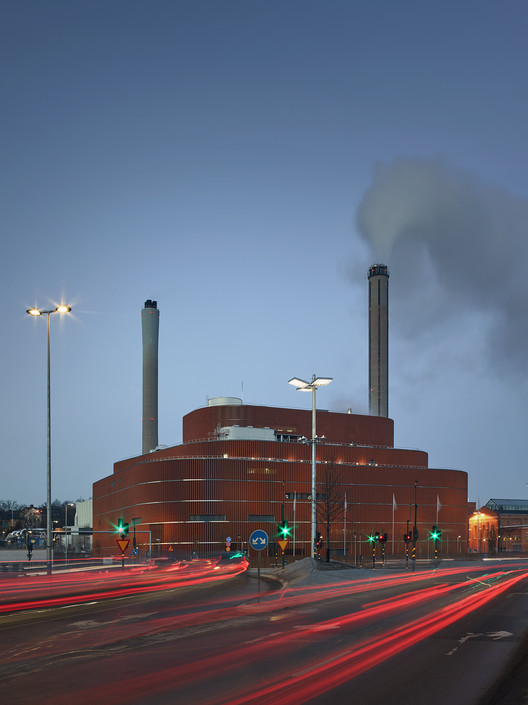 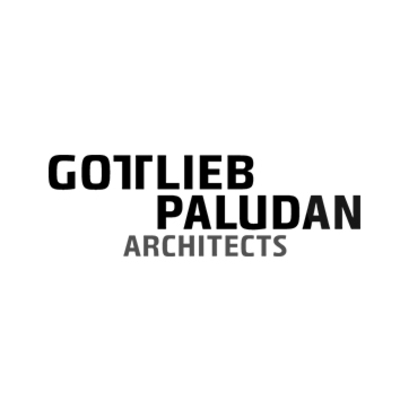 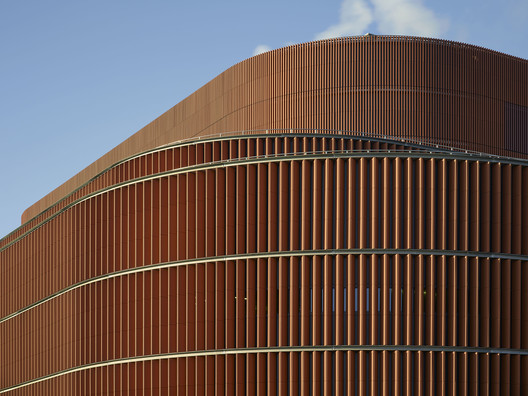