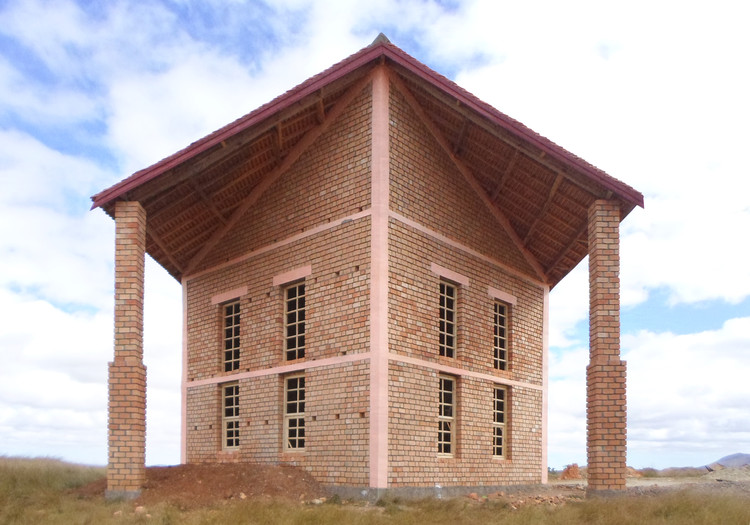 Text description provided by the architects. The Center d'Education FC Advan is located in a secluded, rustic area with extreme climatic conditions in the mountainous region of Madagascar. Instead of an improvised training ground on a hilly meadow, FC Advan is newly provided with a football pitch, a drinking water station, a guard house and a school building. This gives children the opportunity to get a minimum of reading and writing lessons after football training and eating together in the evenings.

Due to the special situation, the architecture had to be planned and controlled from Zurich. Therefore, a simple typology was developed, all new buildings convey a common architectural language, despite their different uses. The only local building type served as a starting point, a small and comparatively high brick house. It was modulated with a singular operation, the building corners were diagonally cut. This resulted in an iconographic six-sect building type with a large roof that extends over the exposed building corners and protects against sun and rain. The plans had to be clearly readable for the local workers.

Ground plans develop along symmetrical axes, and the entire design has been figuratively communicated with the help of axonometries. The building material was a brick from which all the buildings in the Madagascar highlands were built, this stone is fired locally in the villages from the clay soil at hand. 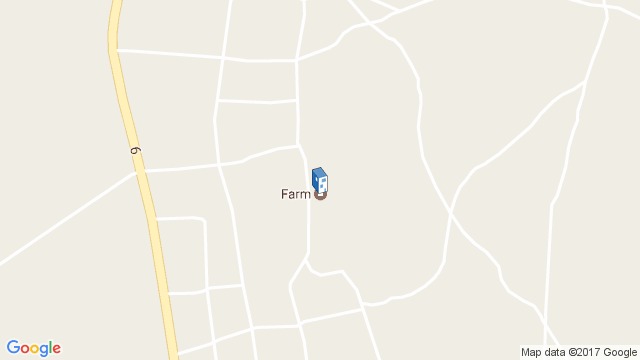 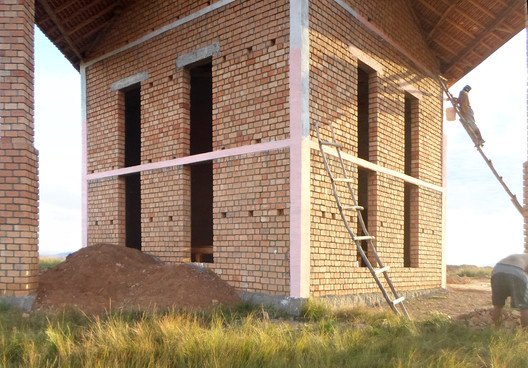 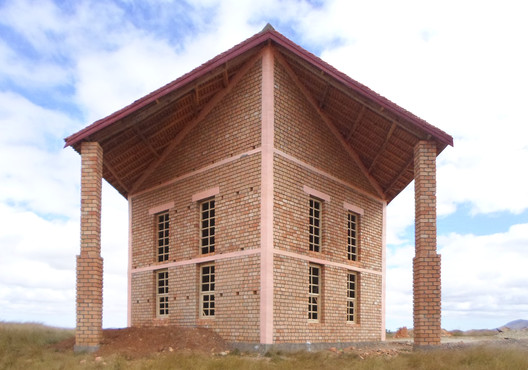