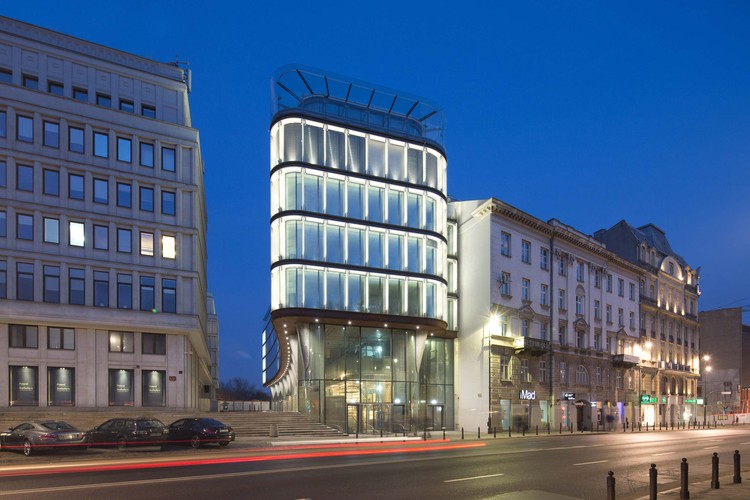 Text description provided by the architects. Nowy Świat 2.0 office and services building, located between the former headquarters of the Polish Communist Party House (now: The Banking and Financial Center office building) and Warsaw Stock Exchange buildings, adjoins a nineteenth-century tenement house. The five floors represent more than 4100 sq. meters of office and ca. 2000 sq. meters of retail space. The ground floor, the mezzanine and -1 level are occupied by retail stores. On the top level there is a terrace with a view on Three Crosses Square and The Na Książęcem Park.

The idea was to create an architectural keystone between existing buildings and at the same time a kind of place that opens the Royal Route to the 18th Century Na Książęcem Park, designed by Szymon Bogumił Zug.

Given that the former headquarters of the Polish Communist Party House is listed in the National Register of Historic Places, the new building refrains from tampering with the integrity of its structure and facades. The buildings are connected through the underground floor. Nowy Świat 2.0 tries to combine the rich tectonics of the facades of neighboring buildings in an ethereal and abstract way. In opposition to the monumental and rectangular composition of the two buildings, the new building brings into the area of their mutual relations a smooth, built on a wide arch, east-west facade, which ends in oval corners. The project has the ambition of enriching the Royal Route with the perpendicular, sculptural and expressive zone that opens The Royal Road to The Na Książęcem Park. The building transforms the place recognised as abandoned and peripheral into a recognizable and self-identified space. The architectural intentions of the project materialize in minimalist, abstract matter using materials such as raw reinforced concrete, glass, Cor- Ten steel, natural stone

The building along with the former Party House forms an oval city square which brings back this quarter to Warsaw not only in symbolic but also in functional and social spheres. 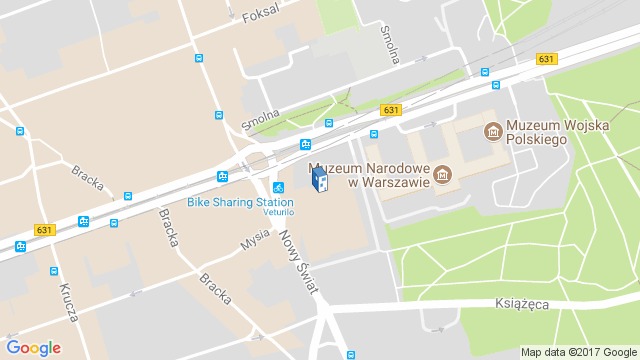 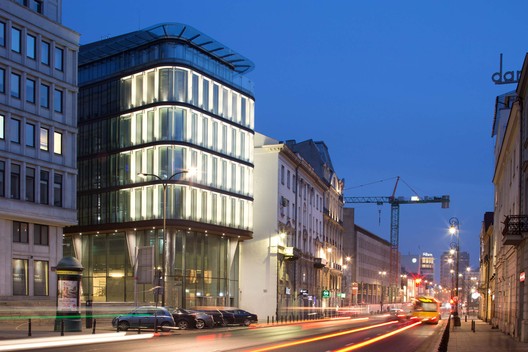 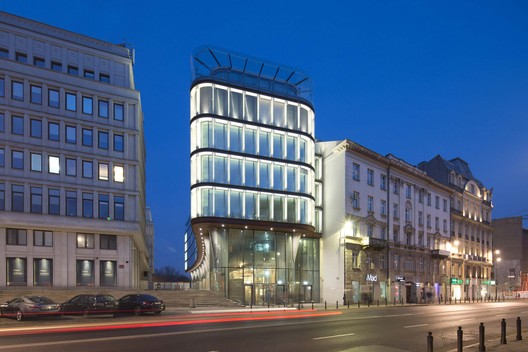