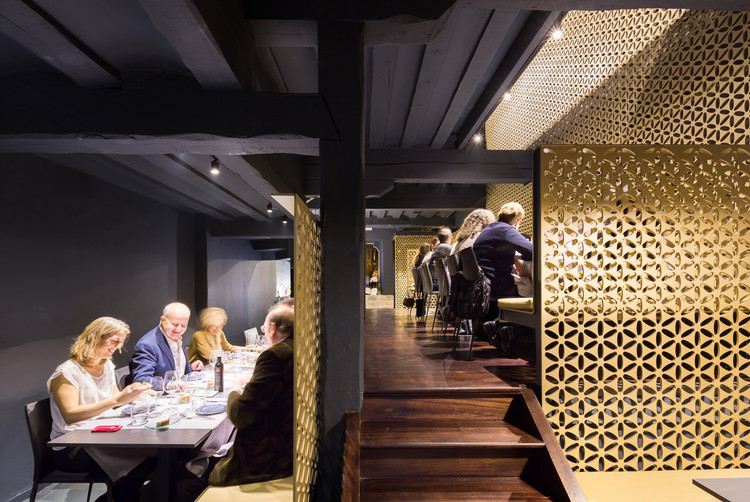 Text description provided by the architects. Hartza ― 'the Bear' in Basque ― was a widely renowned restaurant run by the Arza sisters in Pamplona. It was considered a real gastronomic temple until it was closed due to retirement in 2008. Since then, many well established restaurateurs have shown a strong interest in its premises, located in the historical centre of the city, but it was not until the arrival of Jesús Íñigo that the Arza sisters decided to transfer their legacy. Jesús' cuisine is radically different from theirs, but they admire each other. He commissioned us to refurbish the premises with one condition: to show the restaurant personality evincing a profound respect towards the old Hartza.

A 10 mm steel sheet has been trimmed, folded and continuously welded to give a unitary response by means of an abstract, floating, inserted, sole object that generates some kind of adapted contrast with the old premises, as the cuisine of Jesús does regarding the Arza sisters'. The sheet pattern recreates an old motif from the local popular fabrics.

This inserted object solves all requirements: it is the seat, the back, the facing, the screen, the handrail, it includes air conditioning diffusers and sound absorption. This way, the walls are freed from such elements and can be made uniform in dark blue, highlighting the structural, spatial geometry so characteristic of the former Hartza. 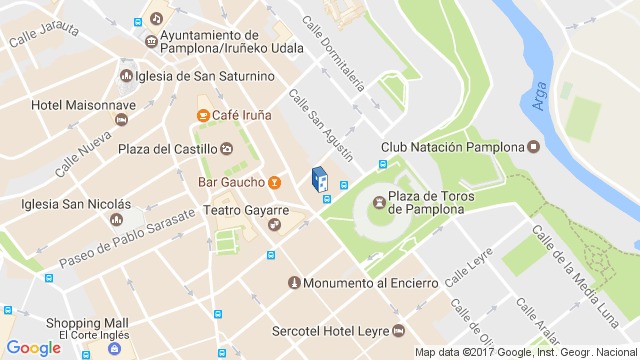 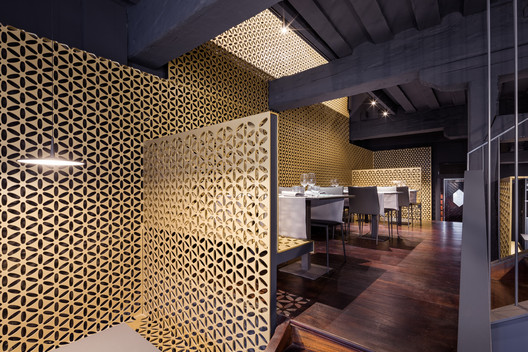 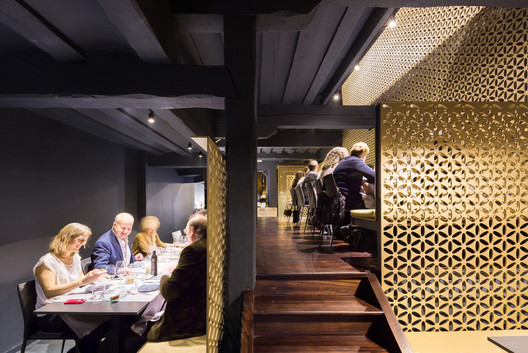