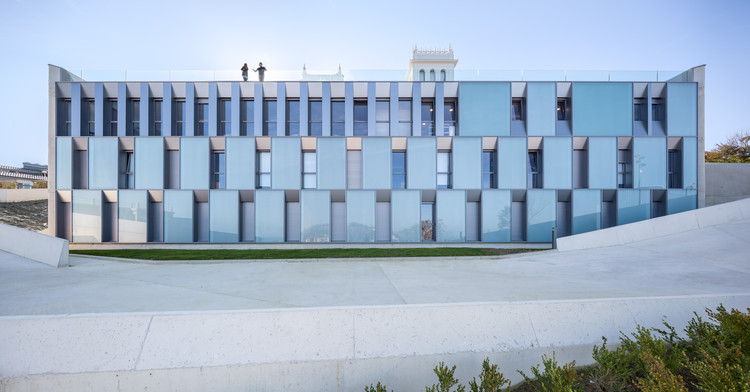 Text description provided by the architects. The work entails the rehabilitation and refurbishment of an existing construction, recently aimed at teaching functions, and its enlargement to host a new residential site as student dormitory.

The building dates back to the early twentieth century. It has a privileged location and magnificent views; It is part of a stylistic line affiliated with the Regionalist historicism of that era, dominated by eclecticism. It emphasizes on the quality of its interior space, the ambition of its decorative finishes and the presence of its exterior appearance. As well as the way it is affirmed in the landscape, with a very marked silhouette in the image of the city from the beach.

It was originally a single-family palace. And develops an elaborate language, of notable dedication in the delimitation and coronation of the cloths, with profusion of moldings and adornment. Its interior design revolves around the prominence of a wide and impressive double-height vestibular space. It results from the emptying of the volume of the central part and is topped with a large horizontal window of measured but effective luminosity.

The top floor overlooks this space across its perimeter, through a long balcony. The main access is located on its perpendicular axis; And it stands before a rhetorical marble staircase that bridges the height between these two floors and occupies the bottom of the axis of the composition.

The plot is quite close to the ends of the volume, except for its north side, where the access road runs, parallel to the main facade; Beyond it, the terrain falls abruptly with a strong green slope that looks towards the bay.

The project involves the rehabilitation of the existing wall and the introduction of a new body built, horizontal and lying down: with its back against the ground. A wide-open terrace is obtained to the floor-level views of the ground floor.

The new complex completely conserves all the common spaces and the valuable elements of the decoration. The outer bay of the upper floors is intended for study rooms and accommodation, excluding some rooms; The basement accommodates different technical rooms, apart from the link with the new volume. It presents a linear structure of functional nature: it has three floors, and completes the program until it reaches a number of around fifty dormitories for students, all individual. The requirement of the orientation, given the rainfall, leads to opt for a glass curtain wall in its enclosure. 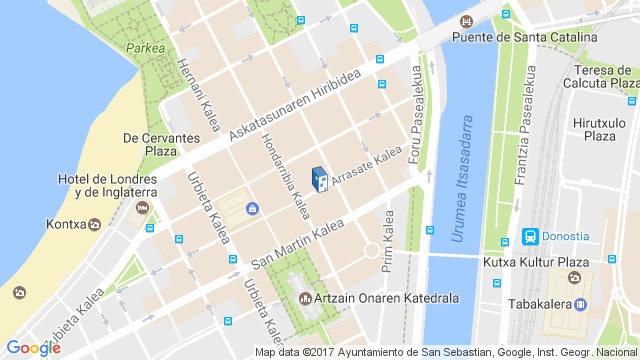