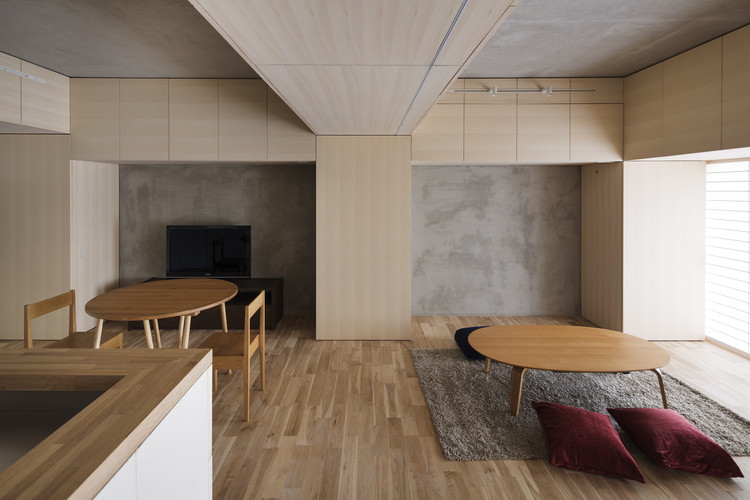 Text description provided by the architects. This project involved redesigning one dwelling unit of condominium in Osaka, Japan.

Requests from clients were “widely and brightly expansive space” and “amount of storage that is twice as large as general house”, when we started design. Although these are at first somewhat contradictory, requests that everyone wants. For responding such requests in limited occupied area and ceiling height of building skeleton, we focused to three elements usually working behind the space.

1st "Air volume of cavity": The cavity generally made by raising with substrate materials on the skeleton equally. As it doesn’t allocate necessary amount to necessary part, a loss of air volume is high.

2nd "The volume of the storage": The occupancy rate of the space is high also built-in storage space such as closet, storage furniture that is increasing later.

3rd "RC rigid-frame structure": The pillars and beams that are projecting from the wall or ceiling surface tend to get in the way of interior planning.

We tried to convert value by integrating these elements treated as if they do not exist in the space composition, making large pillar form / beam form.

This pillar form / beam form expands the space of the dwelling unit maximally, encloses a large quantity of objects and facilities, creates a living space with three-dimensional spread and constriction as folds, becomes the beginning or trigger of the start of whereabouts and behaviors of residents, furniture layout. By arranging a tough kitchen box with bricks, and a clean and bright water section box in there, the dwelling unit is composed.

These autonomous objects are not merely interior finish depending on building, but as an entity closer to a person, it becomes a base that brings about comfortableness and peace of mind. 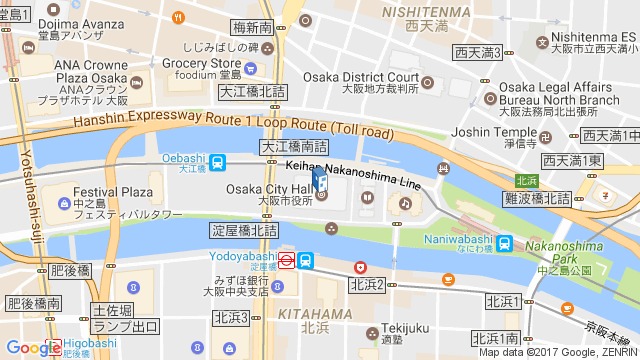 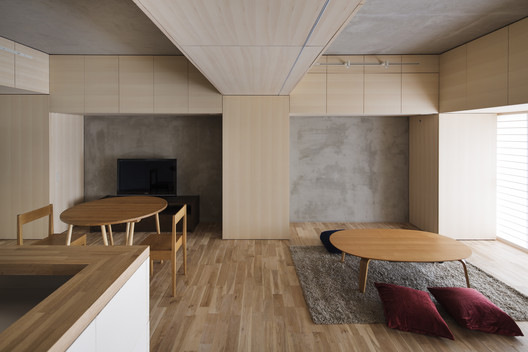