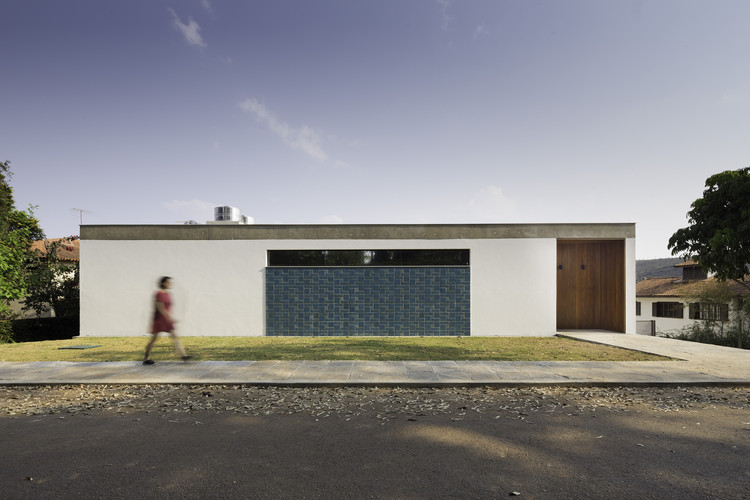 Text description provided by the architects. After the development of some alternative occupation to the terrain started in mid-2013, the architectural program is reviewed and discussed in order to effectively meet the wishes of the couple who today make this house their home.

At the bottom of the lot, from the early dialogues, it was planned an area destined to the hen house and asked not if using walls on the front line.

The premises for the development of the proposal seek to segment the transition between social and intimate environments in a gradual way, thus, the “L plan" plays a fundamental role in the implementation of the work besides allowing integration with the landscape and external area.

All proposed spaces are arranged to the predominant view wich has South insolation that enables translucent surfaces in conjunction with wooden shutters to close the rooms according to the will of the dweller.

The living room and kitchen are integrated with an external patio that holds convergence point and meeting of the house. A support room, service area, storage and garage are arranged to the West side.

The used materials and elements as well as the finishing of the slab and basement in its natural/raw state seek to emphasize the simplicity with which the work seeks to relate to the terrain.