VTN Architects (Vo Trong Nghia Architects) has revealed plans for the Nanoco Head Office, a stacked glass box structure that will house the headquarters and flagship showroom for electrical corporation Fortune Electric. Known for their implementation of greenery into their elevations and roofscapes, VTN’s scheme introduces a new element into their typical palette, a glass block facade that will allow the building to turn into a neighborhood beacon in the evenings. 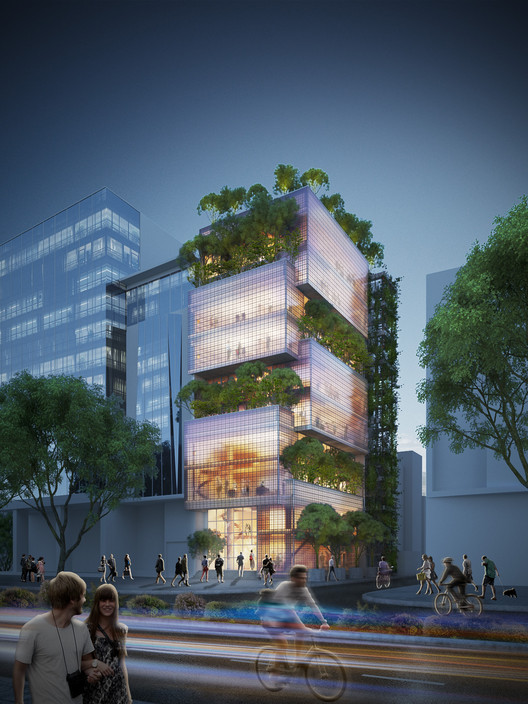 The 10-story tower is broken down into a 4-story showroom on the lower levels, and office space in the upper 6 floors. Unlike a standard showroom, the space has been designed to integrate a central public space that can serve as a platform for creative community activity. A large glass curtain wall entrance will invite in passers-by, directing visitors to the adaptive community space immediately inside. Along the front of the building, a atrium with spiral staircases will provide vertical circulation, enhancing interaction between the floors and the public space.

The landmark facade has been designed to act as a filter to optimize climatic and visual conditions. Its translucency will diffuse the intense direct sunlight during the daytime, while allowing the building to glow softly on the street during the night. Reduced solar heat gain from thermal transmission will allow the building to achieve lower energy consumption levels than buildings will traditional glazed facades.

As well as enhancing the ambient conditions of the building, the signature use of greenery is specifically targeted toward its wider urban context.

“In the center of Ho Chi Minh City, green coverage ratio is only 0.25%, which is remarkably low in comparison to other Asian megacities. This lack of greenery causes various social problems such as air pollution, overheat, and flood,” explain the architects.

“Therefore, we are aiming to bring green space back to the city by accommodating as much greenery as possible in the building. This project has been designed towards a harmony between humans and nature, providing a better working environment. Taking advantage of its high visibility, it is expected to present an exemplary architecture for sustainable development.”

“Under the rapidly-growing economy, the cities in Vietnam has been developed without long-term perspective or pursuing physical quality. However, in the end, it is extremely uneconomical and gives a huge impact on the environment. The challenge of the project is to improve its maintainability and quality of construction, aiming to the durable architecture that could last for hundreds of years.”

The project is currently under construction.

19 From the architect. Under the rapid urbanization, cities in Vietnam have diverged far from their origins of being low density tropical green spaces. Newly developed urban areas are losing their connection with nature. "Bamboo House" is a small residential project in a narrow alley called "Hem" in Ho-Chi-Minh City. 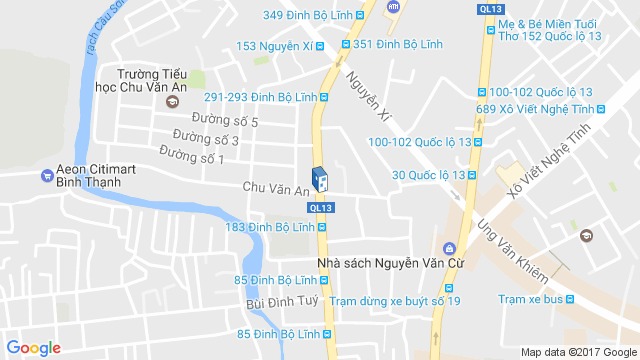