Save
Spurred by Privatization, Beirut's Working Class is Colonizing the City's Periphery
Share
Or
Copy

27 years after the Lebanese Civil War (1975 – 1990), Beirut finds itself a city of conflicting personalities. A summer night stroll through the recently completed Zaitunay Bay Marina flaunts the capital’s ongoing facelift. What GQ calls “the chosen destination for young rich cool kids across the globe” is now peppered with glitzy glass-clad high rises, world-class nightclubs, droves of foreign tourists, and high-profile architecture. A Steven Holl-designed yacht club is just minutes away from Herzog & de Meuron’s Beirut Terraces, a luxury condominium skyscraper overlooking a seaside promenade that the resort refers to as an “urban beach.” However, this inner-city development has also had extreme consequences on the city's periphery, as shown clearly in this photoset by Manuel Alvarez Diestro. 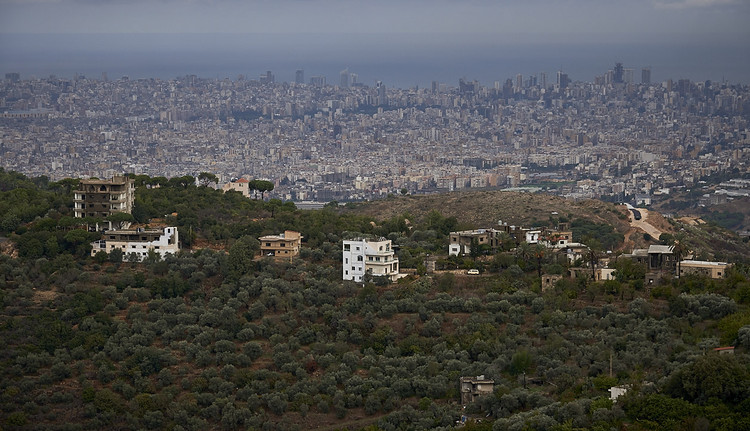 Beirut’s tourist-centric economy seems to be paying off on paper: MasterCard’s 2011 Index found that the “Paris Of The Middle East” held the second-highest levels of visitor spending in the entirety of the Middle East and Africa. Even six years ago, tourism brought in a whopping $6.5 billion annual cash infusion to the city’s economy, and this number has grown rapidly. This is excellent news for Lebanon’s government, which has gleefully gambled with privatization in the interest of quickly transforming the city’s image away from terrorism and conflict.

Zaitunay Bay and the slew of resort projects that dot Beirut’s waterfront property are the brainchild of Solidere—a quasi-public joint-stock real estate company tasked with reshaping the central business district of post-war Beirut. Founded shortly after the war in 1994 by Rafiq Hariri, the then-prime-minister billionaire real estate mogul of Lebanon, Solidere possesses extensive eminent domain privileges that allow the company to build, relocate, and demolish as they please.

While Beirut’s government has figured out how to sell the city to foreign investors, it has neglected its inhabitants. The city’s outdated laws on “Old Rent,” originally intended to protect the city’s poorest inhabitants by freezing rents, have ironically spurred urban renewal. The unsustainably low rents incentivize property owners to either neglect their building or willingly sell the property to developers. Surging seaside property value has driven out once-vibrant working class neighborhoods in favor of high revenue establishments—a trade-off that isn’t always lucrative; outside of peak tourist months, the city’s increasingly gentrified center is largely dead as it’s completely out of reach to all but the wealthiest residents.

This profit prioritization has led to appalling civic consequences. Last year a forsaken overcapacity landfill shut down the city’s garbage collection for months, causing a river of trash to accumulate throughout the capital. The current state of affairs has driven many citizens and refugees alike to settle Beirut’s extremities and take up residency in the neighboring communities of Mount Lebanon. These agitations haven’t only shifted established working class populations, they’ve also encouraged brain drain: nearly half of Lebanon’s educated millennial workforce intend to emigrate.

The fight to preserve the city's last public beach, Ramlet el-Bayda, was a losing battle. The Dubai-esque towers and harbor of the upcoming Eden Bay Resort have already commenced construction. “The citizens do view it as betrayal. The beach should be public,” says American University of Beirut architecture student Lama Khatib. “The legal ambiguity of the coast has allowed it to become fully privatized... These resorts are forcing us to pay at least $20 – $35 to spend the day at a beach which we know is rightfully ours.” 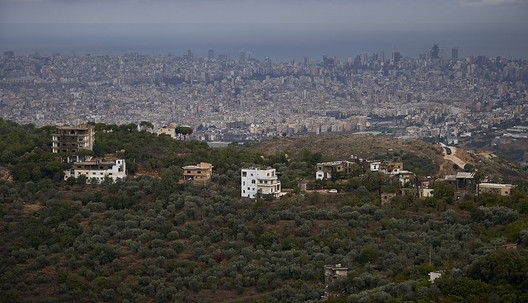