Save
Museum of the Second World War / Studio Architektoniczne Kwadrat 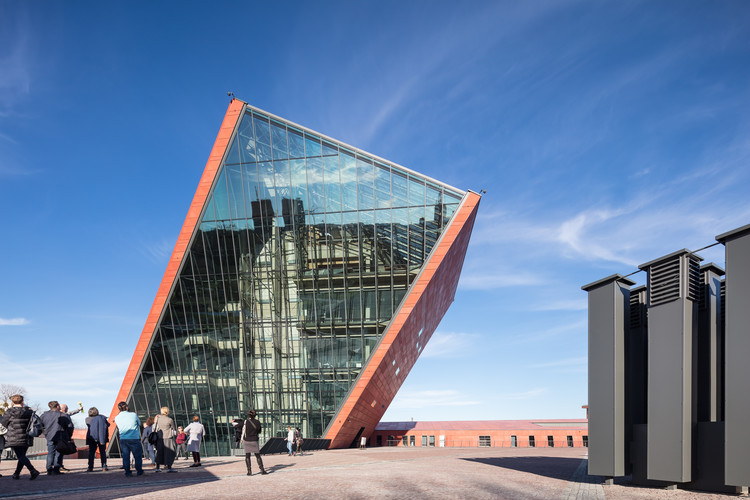 Text description provided by the architects. The Museum of the Second World War is built on a lot at Władysław Bartoszewski Square near the centre of the city. It is located in a symbolic architectural space, which is also a space of memory, 200 metres from the historic Polish Post Office in Gdańsk and 3 kilometres across the water from Westerplatte Peninsula, both of which were attacked in September 1939.

The 1,700-square-metre lot set aside for the museum touches the Radunia Canal to the west, while its south side opens onto a wide panorama of the Motława River. Today, these are the outskirts of Old Gdańsk but, soon, it will be the core of the modern section of the city that will replace its shipyard.

Jurors of the competition for the museum’s architectural plan have described it as "a new symbol of Gdańsk", "a new icon" and a "sculptural design". Daniel Libeskind, the jury’s chairman and one of the world’s best-known architects, designer of the Jewish Museum Berlin, justified the selection of the project as "Using the language of architecture, the selected project narrates the tragedy of the past, the vitality of the present, and opens the horizons of the future. The rising, dynamic form symbolizes the museum below, while giving a panoramic and spectacular orientation to the historic city and its future. Echoing the iconic skyline of Gdańsk, with its shipyard cranes and church towers, the building ties together traditional urban spaces, scales, materials, and colours of the city with a 21st-century museum".

Its authors, Kwadrat studio, have called their project a silent design, intended to evoke powerful emotions and deep reflection. The museum’s spatial division into three areas symbolizes the relationships between the wartime past, the present and the future: the past is hidden on the building’s underground levels, the present appears in the open space around the building and the future is expressed by its rising protrusion, which includes a viewing platform.

The building has about 23,000 square metres of floor area, of which the space reserved for the permanent exhibition covers around 5,000 square metres. The exhibition uses the most modern methods to present the Second World War from the perspective of big-power politics but, primarily, through the fates of ordinary people. It is not limited to the experiences of Poles, but recount those of other nations. Apart from the main exhibition space, 1,000 square metres are devoted to temporary shows. The museum’s mission is also to serve as a centre of education, culture and research.

"Entering the Museum of The World War II competition in Gdansk we were fully aware of the problems that may occur during the design process as well as its interaction with the environment and very complicated functionality.

To fit in the historic part of the city, and creating a form that may become its icon at the same time, we had to make a compromise between its forma and monumentality, being careful with its impudence and aggressiveness. We wanted the architecture to be a delicate suggestion rather than strong quotation for the World War II tragedy. That is how the idea of dynamic, expressive form had been brought to live, tearing apart the symbolic and dramatic shell covering the world, created by the war. The design of the form is to be undefined by one literally meaning. It may be discovered in many ways by each and every individual viewer.

Following the design process, we have agreed to leave most of the site as an open public space, so we moved some part of an exhibition underground. Entering the subterranean levels is to be a mood setting process. Starting from being unconcern and full of everyday thoughts, to be hanged in the balance and clear minded, to finally fell the horror, frightens and even pain by a strong relation with the exhibition. The underground part of the museum is a path through hell of war, a time travel experience. The "back to reality" begins with the ground level and the public space surrounding the museum, the place to think, to gather the experience from the underground. But that's not the end, the past is a creator of the future, so as the viewer climbs the tower to the very top, he sees hope and freedom, he sees an old and young town of Gdansk. He sees it having thoughts of the past he had just experienced." 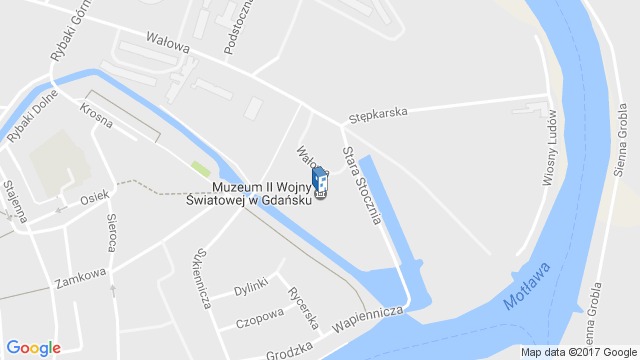 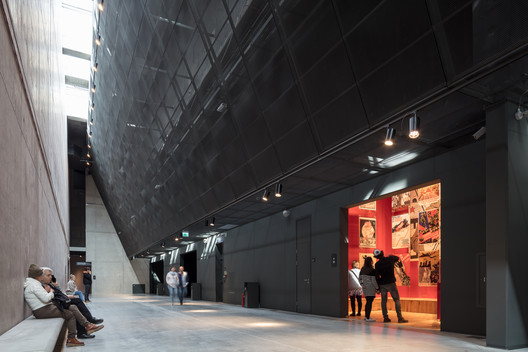 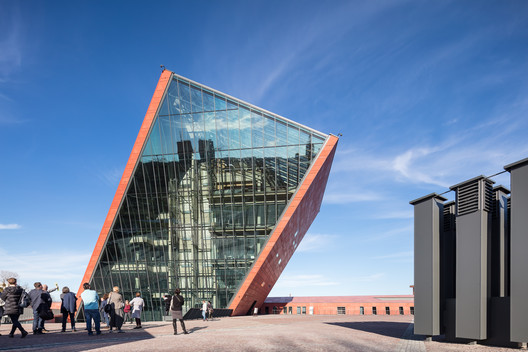