Save
The Student Hotel The Hague / HVE Architecten 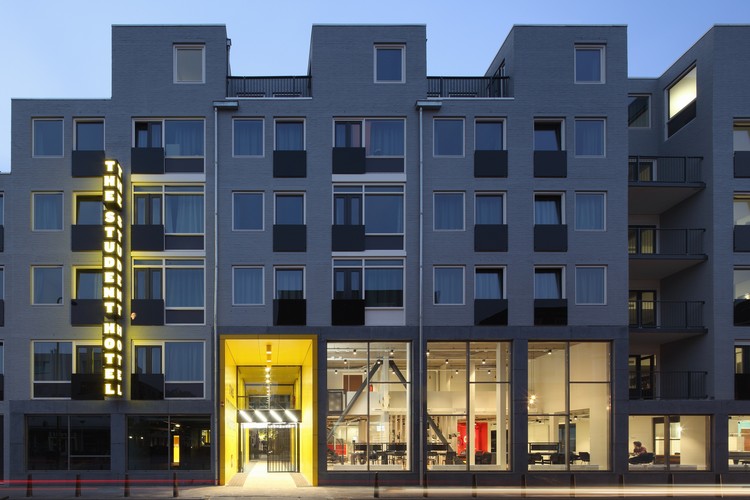 Text description provided by the architects. The Student Hotel The Hague is located in a former nursing home. 306 rooms for students are realized in the Van Limburg Stirum House near the train station Hollands Spoor.

Commissioned by City Living, HVE Architects made a design for the redevelopment of the old people's home. The general starting point for the design is "transformation through targeted, clear interventions while maintaining the characteristics of the existing building as much as possible." No pseudo-new building, but the natural combination of old and new elements gave the building its powerful character.

Seen from the Hoefkade, the appearance of the façade changed completely. The balconies are removed during the redevelopment and the building is painted gray. The emphasis in the façade now lies - thanks to the bright yellow color - on the welcoming gateway and the plinth. While the base of the old Van Limburg Stirum House was very closed, now the new semi-public functions and transparent façade on Hoefkade ensure interaction with the city. Thus, the building relates clearly to the public domain.

The Student Hotel offers both foreign and Dutch students fully equipped temporary housing. The rooms are fully furnished. Students get their own bikes and can use community facilities such as gym, lounge, study and relaxation area and coffee shop on the ground floor. 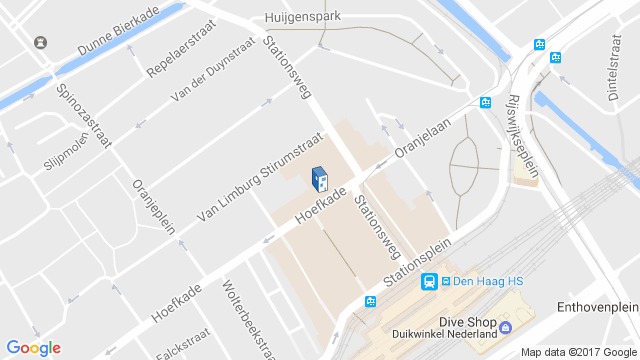 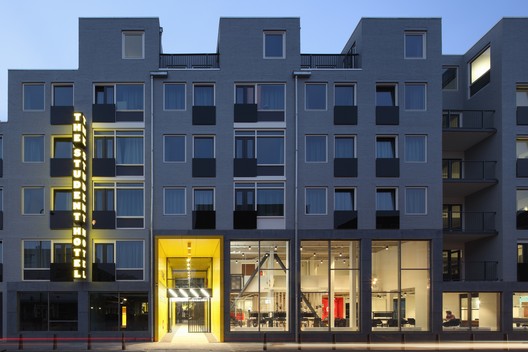