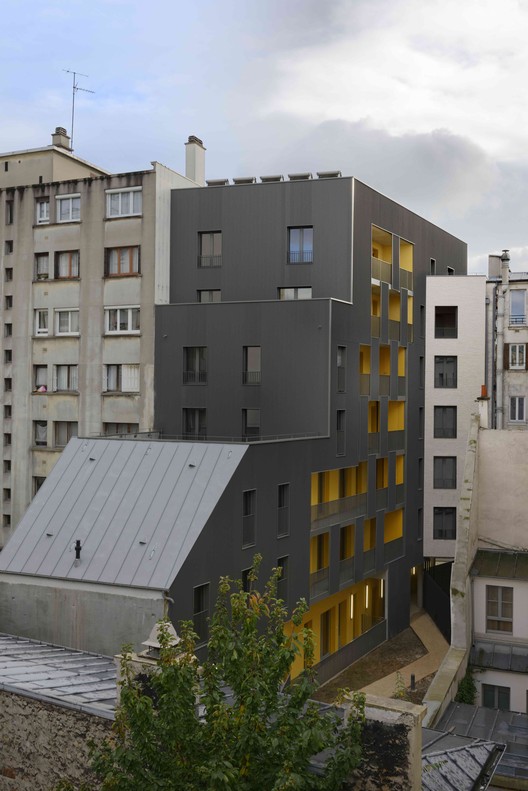 Text description provided by the architects. Situated close to a crossroad, this long, deep plot of land adjoins 4 other properties which have high density housing and the buildings open on to their backyards.  On the street side of the property facing west, it runs parallel to a typical 19th century Parisian building.  To the east, the neighbouring building is from the 1970’s and is set back from the boundary - the result is that the proposed new building has an angle which juts out into the public space.

The main tenants of the project :

-  To pay particular attention to the overlooking issues on the western side – and mitigate these with a specially treated facade, which would be set back as much as possible.

- To keep the urban 19th century streetscape, and blend with the planarity of the facade, the regularity of the openings and the pale colour palette.

- To give some transparency and light to the project by creating a ground level  opening allowing a glimpse into the internal courtyard from the street.

- To allow each apartment to leverage different aspects of the site according to their position within the site : private courtyards on the ground floor, apartments with street and garden orientation, views from the living rooms onto Marcadet street, balconies overlooking a peaceful garden and top floor terraces’ with sweeping views. 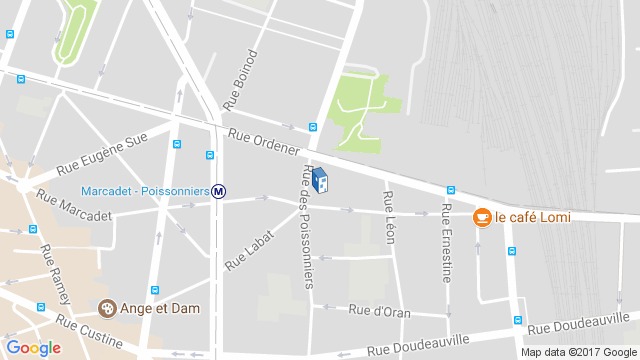