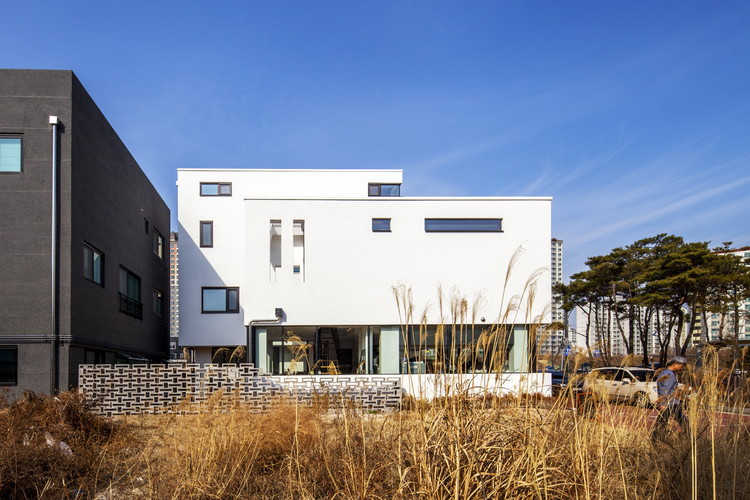 Text description provided by the architects. A plan from Client is to build a house at housing zone of Yangdeok-dong, Pohang city but also to operate as a café on a first floor. According to local regulation, 60% for building coverage ratio and 180% for floor area ratio with limitation of 3 floor as a height of the building.

And arcade area needs to be below 40% from total gross area which makes most of buildings around this district are built as square shape with first floor as arcade and rest 2nd and third floor as multi-unit houses. Occasionally, we see the buildings which have been built just like a game “Tetris” by adding blocks of arcade area and housing area in order to secure the arcade area as maximum level.

When I visited the landscape, most of area were remained empty however, I would have assumed that construction will be done as similar pattern as what it has been done in the past.

Client believes changing these young offender’s life involves cure their heart with communication and provide career development training in order for them to rehabilitate to become a member of society. Major purpose of this building was to have a café which it has a place to provide career training to teenagers who were suffering from the mistake that they have done in the past and the place to operate a psychotherapy clinic. And the living space for the client.

Finally he decided to execute the plan that he always dreamed about and started to look for architect who can make the first step as a building design.

Based on client’s budget, he mentioned that it will be difficult for him to maximize floor area to meet and I responded to him that it will work out even better.

We decided to build a building with a little of a gap with all the surrounded buildings with no room to breathe. Coincidently, there was a park which people can relax just across from the location,

We started to work with combination of cubic as a basic module since we have limited area to design and also with limited ratio for the purpose.

Structure of land is also the expansion version of a cubic. Allow to create some space by calculate the size of the building by using the combination of solid cubic and void cubic. Also to resolve the restriction of legal boundaries by allocating cubic combination of arcade (café) and housing.

Garden as naturally developed area and terrace as artificial area meant be utilized for café as an expansion with limited space due to restricted regulation. Also, allow to utilize the space from housing area for more private consultation and seminar as part of client’s wishes.

Especially to have a visibility of the garden by using glass wall for café space not to block the flow of eyesight. Also considered the flow of human and connection between living space and café area since it will be used by client directly. Inner garden is part of café area but also part of working space from living area and this has been designed for a purpose of to communicate between outer and inner space.

Terrace area from 2nd floor designed to complement the limited space of café area and a teahouse which meant to be for living room of the house designed to utilize as part of psychotherapy clinic. As a result, the design meant to connect and be visible as one space with outer area and the traffic although it looks separate for house and café.

Name of the building is Tea-Um which has an ambiguous meaning. This physically opened space emphasize to breathe for relaxation within tight urban contexts and to connect with others by drinking Tea as symbol of coffee and tea.

Client requested me to create a logo which smoothly goes with name of the café when the construction was about to be finished. Although I was expecting to use this building as a logo and symbol but designed an imagery logo based on this building and now it sits at corner of the café.

It took some time to prepare this space as an expectation from client became little higher along the way but Tea-Um is still evolving. 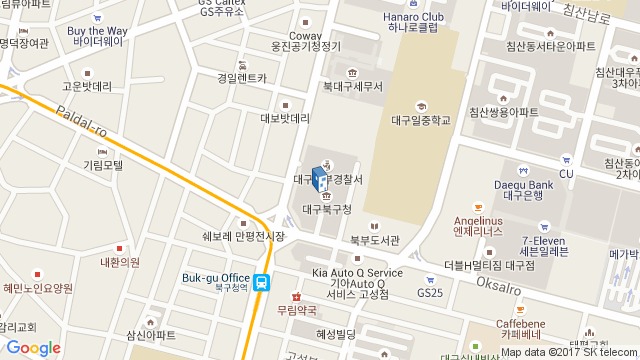 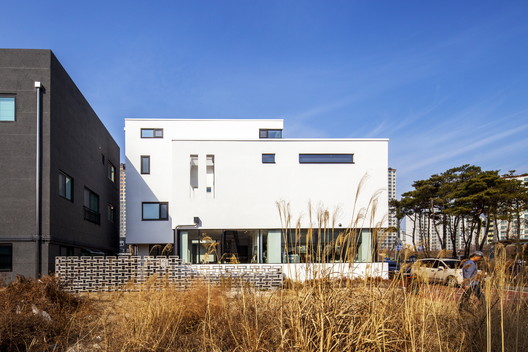