Text description provided by the architects. Serralves Collection: 1960-1980 presents the work of Portuguese and international artists from the collection of the Serralves Museum. This new display, which marks the beginning of a series that gives continued visibility to the Serralves Collection, privileges the decades of 1960 and 1970 as foundational to our understanding of contemporary art and to the development of the Collection since the establishment of the Serralves Foundation in 1989. The Works on view reflect a diversity of artistic production, ranging from the beginnings of post-minimal and conceptual art and their expressions in Portugal and diferente parts of the world, to experimentation with abstraction, figurative representation, performance and the use of new media.1

When Suzanne Cotter, the museum director, invited us to draw the collection’s exhibition, she challenged us to find a clever solution to show the treasures of the museum to the general public. We had a sequence defined by the three curators (Cotter, Ribas, Nicolau), a constructed narrative and a story to tell, because there is always a story to tell, made of heroes. We had rooms of the museum designed by Álvaro Siza, heavily humanized spaces. We had the landscape, outside, inside. A constant feature of the museum's management, since Suzanna Cotter’s arrival, is to keep the windows overlooking the garden as an integral part of each exhibition, as it was thought by the museum's author.

The public is led by the landscape that suddenly enters the rooms in the form of colours which rise through the walls to the ceiling of the museum. These are the colours of the garden. The seven colours give rhythm to the rooms as partitions of narrative groups, creating defined spaces where displays float in space trying not to contaminate the relationship between works or artists; helping the sudden scale changes between works and space, between visitor and museum.

It was the way we found to surprise and showcase the collection treasures.

Many years ago, wandering aroundh Porto with Pierluigi Nicolin and Giovanna Borasi, I was entrusted by Pierluigi with a mission: colorare Siza!

I haven’t thought about it again, but it happened.

It's still going to happen.

1 Note of the curators. 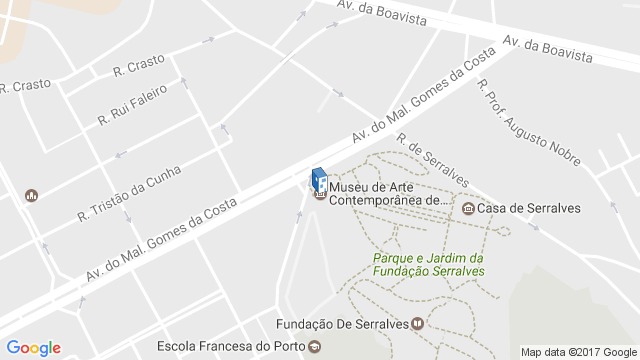 Location to be used only as a reference. It could indicate city/country but not exact address.
Share
Or
Copy
About this office
COR Arquitectos
Office
•••