The World Architecture Festival (WAF) has announced four internationally recognized names as members of the Super Jury that will judge the awards program at the 2017 Festival in Berlin this November. After the selection of winners from across 31 categories on the first two days of the event, category winners will present to the Super Jury, who will decided the winners of the World Landscape, Future Project and Completed Building of the Year Awards.

These four join the list of over 80 festival judges made up of influential figures from the architecture world, including Gert Wingårdh, Sergei Tchoban, Sanjay Puri, Robert Konieczny and ArchDaily's David Basulto.

In addition, the deadline for entries to the 2017 WAF Awards has been extended to June 2nd, 2017, giving architects one last chance to submit their projects for the prestigious awards slate. For more details on how to enter the WAF Awards please visit www.worldarchitecturefestival.com

The 2017 World Architecture Festival will be held at Arena Berlin in Germany from 15-17 November 2017.

THE ENTRY DEADLINE IS TODAY! World Architecture Festival (WAF) has announced the theme for the tenth edition of the conference: 'Performance.' Held November 15-17 at the Arena Berlin in Germany, the festival will focus on the topic of performance in architecture.

The World Architecture Festival has announced the launch of the 10th edition of the event referred to as the "Oscars of architecture" by launching the "WAF Manifesto," which identifies key challenges the profession will face over the next ten years. 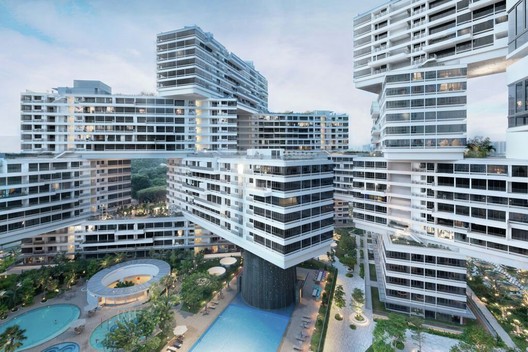