Zaha Hadid Architects have broken ground on the construction of a new 5.5 hectare development in Bratislava, Slovakia. Known as ‘Sky Park,’ the master plan will transform an abandoned site in a formerly industrial area of the city into a 20,000-square-meter park and mixed-use community containing more than 700 apartments and 55,000 square meters of office and retail space. 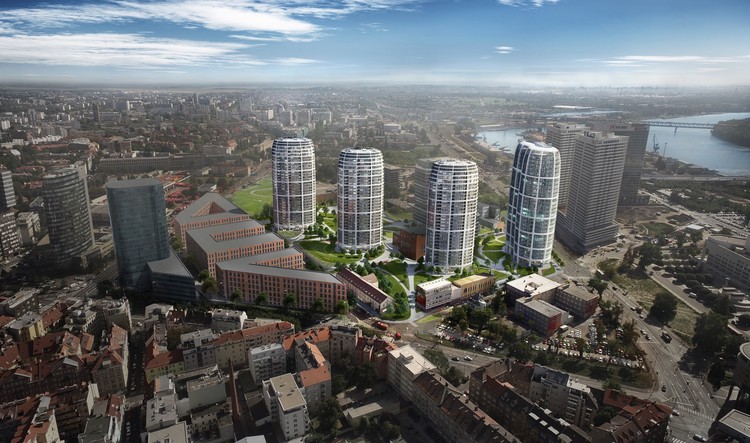 ZHA was selected as the winners of the competition for the site in 2010. The development will fill a much-needed gap in the city’s housing market, where a majority of the existing housing stock is located within ‘paneláks,’ a type of housing block quickly constructed during the country’s postwar housing shortage.

At the heart of the site, the historic Jurkovičova Teplárne heating plant designed by architect Dušan Jurkovič – which had recently been threatened with demolition – will be preserved as a cultural monument and repurposed within the Sky Park development. Unlike other competition proposals, which featured enclave-like perimeter blocks, ZHA’s design will allow public access to the historic site and park, allowing the area to become an integrated part of the surrounding community. Other public amenities wil include an amphitheater, playgrounds, picnic sites, running tracks, a sports field, a dog park and an orchard.

"Sky Park is currently one of the most important Penta projects, not only due to the size of the investment, but also due to the overall significance for our capital city, with its concept and solution of public spaces," commented Jozef Oravkin, partner in Penta Investments, the project’s developer.

The project will be built over two phases: Phase 1 will feature three residential towers and 4,200 square meters of office space, while Phase 2 will add an full office tower, a restaurant pavilion and an underground parking structure. Nearly 60% of the apartments from Phase 1 have already been sold.

With preparatory work now underway, Phase 1 of the project is slated for completion in late 2019.

Zaha Hadid Architects has revealed plans for a new ecologically-considered development located on a lush site along the Mayan Riviera in Mexico. Known as Alai, the complex will offer a nature-focused living experience while preserving a large portion of the forested site for species restoration. 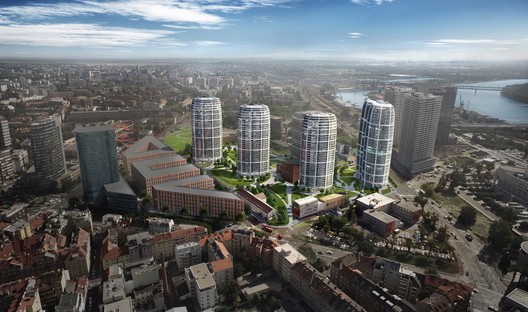