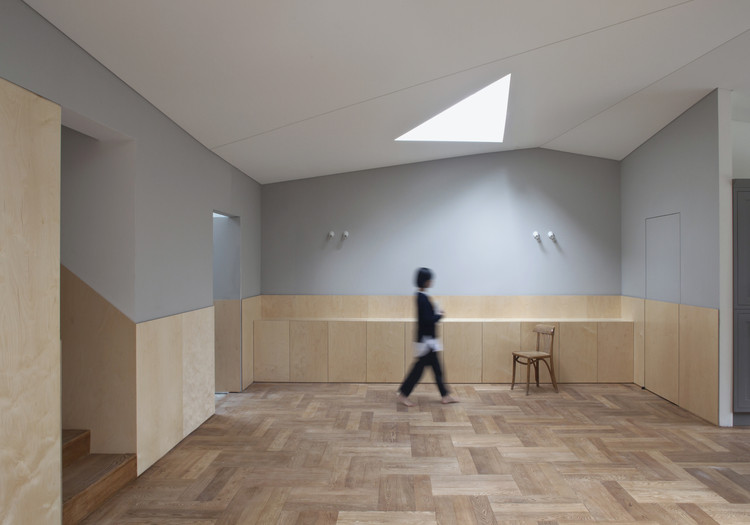 Text description provided by the architects. East London-based MOCT Studio have re-planned and extended a suburban London semi-detached to provide a faceted roof social space for a large family.

The family of six had become increasingly cramped in the existing semi-detached, despite the previous addition of two small dormers, with shared children’s bedrooms, a single bathroom and fragmented living spaces that meant the family were rarely all in the same room.

The owners wanted a bathroom and separate bedrooms for their children and a single open social space to gather. As a detour from the typical horizontal separation of living and private spaces, the axis of the stair was used as an additional division in the house allowing the children to occupy the entire first floor and the parents the converted front ground floor rooms.

MOCT Studio pooled the living spaces into a new side and rear extension under a faceted zinc roof to create daily social space for family and friends. The full width of the property was used to create a single 42-square-meter central living space as a heart for the house. A number of secondary spaces then surround and connect into the large central space.

One of the owners is a cinematographer and needed a space to work and review footage at home. The deep plan area at ground floor under the existing house where natural daylight was difficult to provide is usurped for this purpose. The room is provided with specifically controlled lighting and can be connected or disconnected from family life in the central space by telescoping birch timber panels.

The entrance of the house and the approach to the central living space were designed to provide an element of play and sense of arrival. A small internal balcony was introduced to overlook the entrance vestibule allowing the children to gather, greet or surprise visitors. Leading from the entrance the central space is entered along a corridor before descending a few steps and revealing the faceted ceiling.

The inspiration for the faceted multi-pitch roof came from the visibly eclectic mix of roof additions in the neighbourhood that present a hectic roofscape of varying pitches, ridges, hips and projections.

The standing seam zinc roof was set out from a series of height constrains along the property boundary with the neighbours and against the existing house. The facets are then made of varying pitches up towards a central high point. Two triangle roof lights are positioned and oriented to enhancing the dynamic volume and cast dramatic forms of natural light deep into the plan. The roof tapers down towards the garden to frame and connect to the new patio and garden beyond where the children play.

Birch timber panelling and joinery is used throughout the house to wrap the spaces and unifying the existing and new parts of the house. The paneling acts to provide a warm yet robust environment set at the scale of a child. In the central space the paneling becomes a datum against which to experience the faceted planes of the ceiling. Hidden doors from the central space into utility and storage rooms are designed to allow un-broken paneling across the rooms. The design continues the horizontal datum from the internal to the external elevation in basket weave brickwork.

A variation on the basket weave pattern is used in the teak oiled oak parquet floor throughout the house. Concrete tiles with a triangular motif are then used in the bathrooms reflecting the themes from the heart of the house. 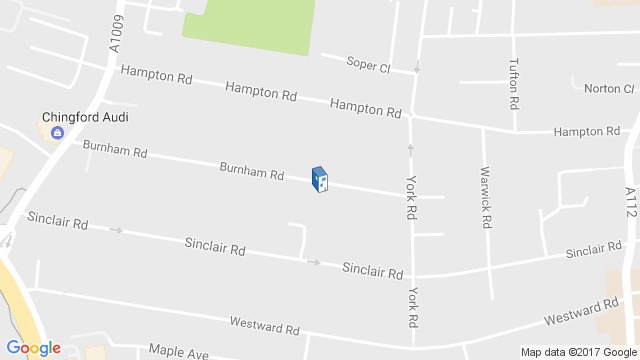 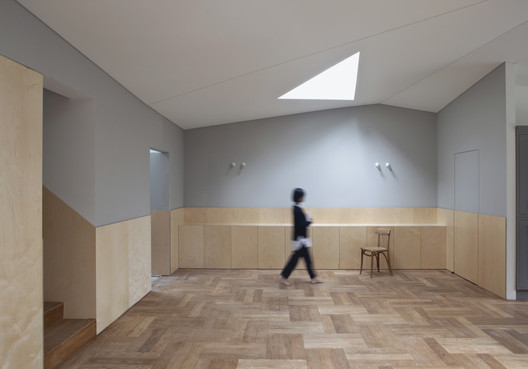