Text description provided by the architects. In March 2003, Ron Arad Architects (RAAL) were invited by the Municipality of Holon, to design and develop the first national Design Museum in Israel. The Design Museum Holon is intended as the national platform for the presentation of design, the creation of a significant exhibition collection, the reflection of Israeli design in the context of world design and the endorsement of the importance of design in a young emerging state.

The site designated for the museum occupies a semi-rectangular 3,700m² lot. The generous public plaza to the north of the site was conceived of as an appropriate introductory public space and entrance route to the Museum. The gentle plateau-like topography of the site is articulated by the arrangement of the museum facilities over 2 staggered levels, connected by an external sculptural ramp – the museum’s prime circulation route.

Creating and exploiting the tension between an internal arrangement of efficient box-like spaces, and the dynamic and curvaceous external envelope, is the guiding design principle (and economic safeguard during design development) for the entire museum. The greater part of the museum’s external appearance is shrouded by five dominant bands of Corten steel structure which undulate and meander their way in, out and around the museum’s internal volumes. At times in unison, or apart, enclosing space, or notionally defining it. The bands act as a spine for the building - both supporting large parts of it structurally and dictating its posture in relation to its surroundings. The topographic horizontality of the bands is further emphasised by a gradation of treated patinas and the subsequent weathering of the steel over the lifetime of the building, both of which echo the familiar geological striations of the Israeli desert. The bands are never entirely obscured from the visitor’s sight, and act as a visual key to one’s position within the museum.

The museum which occupies a gross area of 4,100m², was built to a gross budget of ILS65m (£11.1m) , and was entirely publicly funded. Construction began in August 2006, and the Design Museum was inaugurated on the 31st January 2010. 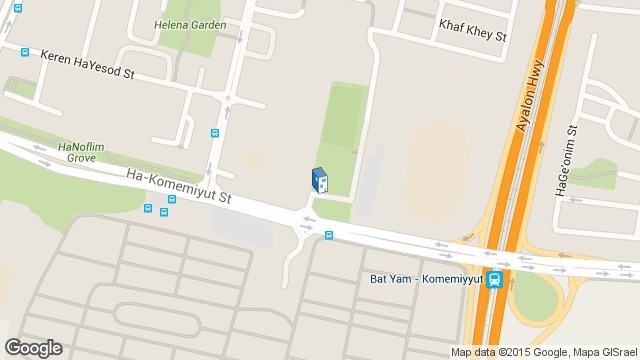 Location to be used only as a reference. It could indicate city/country but not exact address.
Share
Or
Copy
About this office
Ron Arad Architects
Office
••• 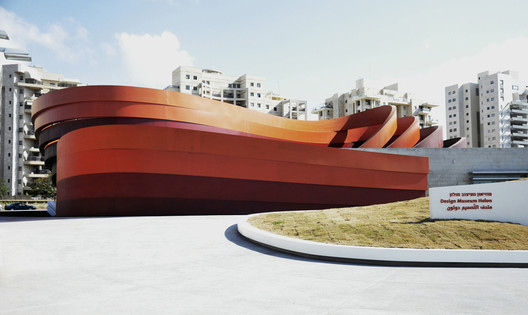