Coldefy & Associés Architectes Urbanistes, in collaboration with ECADI (East China Architectural Design and Research Institute), has been awarded 1st prize in the international competition to design the new Bao’an Public Culture and Arts Center in Shenzhen, China, beating out 69 other entries, including a proposal from Mecanoo. 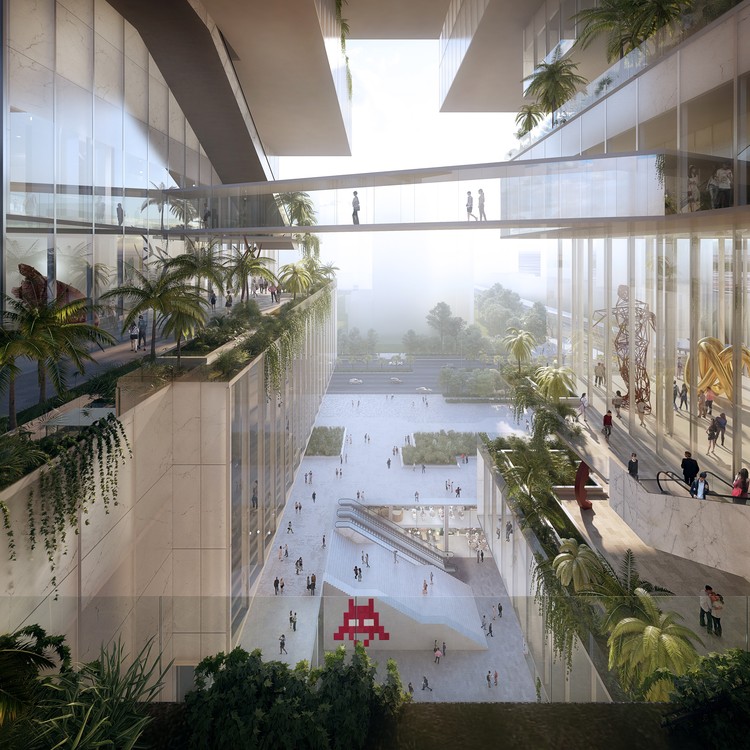 The winning proposal, titled “Living Canvas,” aims to connect the building back to the city through a split form and interactive vertical courtyard that will invite visitors to participate in a dialogue between the avant-garde artistic creations and a highly-involved public.

Located in the district of Bao’an, the cultural center will offer over 80,000 square meters divided among three main program pieces: a museum, an art gallery and an exhibition hall. The ground floor “City Lobby” will welcome visitors into the building and provide retail amenities, as well as connect to the metro.

Higher up, the “Sky Lobby” will serve as a ‘floating’ public plaza, creating a space for cultural programs within green, landscaped elements. The building volumes continue to shift as the structure rises, opening up new views to Shenzhen and the bay.

“Conceived as a ‘living canvas’ to be shared and experienced by artists and visitors alike, the building is characterized by its generous spaces, where art works escape from the traditional enclosure of exhibition rooms,” explain the architects. “This multifaceted structure is simultaneously an objet d’art and a setting for art, fostering a dialogue between avant-garde creations and a much- involved public. The idea of opening out to the city and its residents is expressed through a large sculpted split, which gives the building permeability and breaks with institutional codes.”

“The spatial vision of the ‘living canvas’ is also expressed through the desire to connect all the indoor areas with the exterior. This standpoint ensures a constant dialogue between the building and its environment, through a visual and tactile relationship. In the heart of the building, the ‘canvas’ dreamed up splits open, giving way to a large glazed hall on a higher level, providing a new 360° view over the city.”

The building will be clad in translucent stone, allowing views of the art to permeate through the city as night falls – allowing the building to serve both as a beacon and a mirror reflecting the dynamic nature of Bao’an. 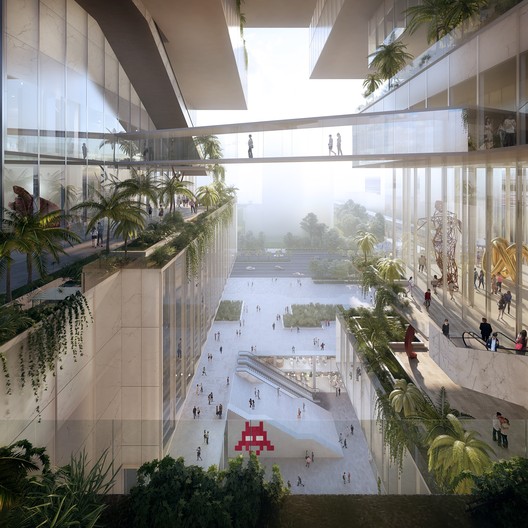