✕
Save
Pl@ntNet: The "Shazam" of Plants Making Life Easier for Landscape Designers
Share
Or
Copy

You've probably used or heard of the app Shazam, used by millions of people to identify songs and song lyrics. A team of researchers from Cirad, IRA, Inria / IRD and Tela Botanica Network - had the idea of developing a similar application, but instead of identifying songs, the application identifies plant species.

Pl@ntNet is a new tool that helps identify plants using pictures. Collecting data from a large social network that constantly uploads images and information about plant species, Pl@ntNet has a visualization software that recognizes the plant photographed and links it to its plant library.

Currently, the app has more than 4,100 species of flora located in France alone. The list is increasing as more users contribute images and information to the database.

Pl@ntNet is available for iPhone and Android devices.

Learn more about the app here. 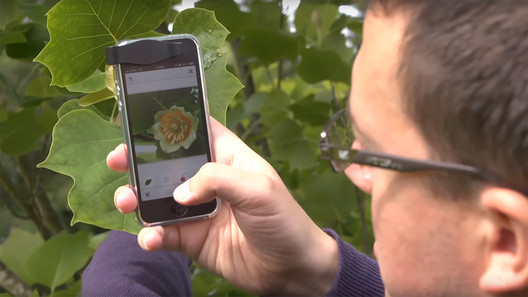