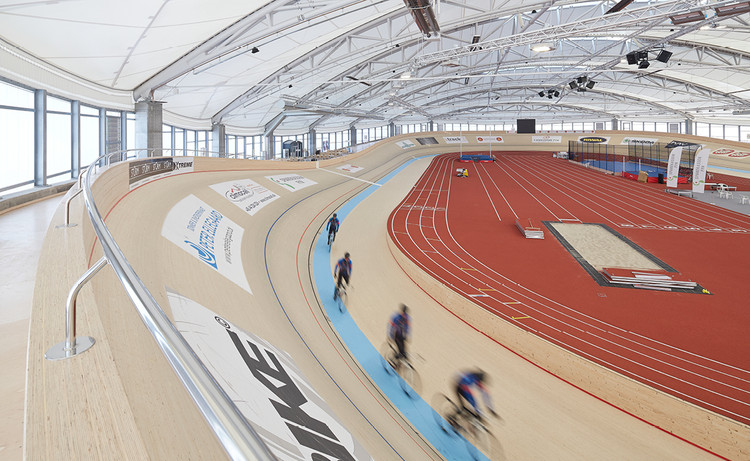 Text description provided by the architects. The new Cycling and Athletics Arena is located in a diversely built area in Odense, Denmark’s third largest city. The building is sunken into the topography of the site, keeping its visual impact on the immediate surroundings to a minimum. Within this context, the new 7,200 square meter velodrome asserts its presence with clear geometric form.

An initial desire to create a public facility for the bigger number as well as the elite, led to the creation of accessible racing tracks designed to high international standards.

The arena interprets the configuration of Roman Amphitheatres, built as oval open-air venues and used for large public events. A lightweight membrane tops the inclusive design spanning across its entire length and width. Inspired by the idea of the simple shelter as a place to meet while protected from the outdoors, the semi-transparent featherweight roof creates an informal open space, blurring the boundaries between inside and outside.

The structure was made possible by basing its geometry on the section of a torus, a revolving three-dimensional doughnut-like surface. Steel trusses located up to 15 meters apart the long of this curvature allow for a uniform frame, thus simplifying the construction process. A 250m long timber track runs along the perimeter of the building, encompassing the running tracks and other amenities.

The roof membrane provides an aesthetic yet affordable solution. Radiant heating systems installed directly above the banked oval track ensure an even distribution of warmth as well as efficient energy use throughout.

Using a cost-effective low-energy approach, the Arena stands out as a state-of- the-art multifunctional public space. 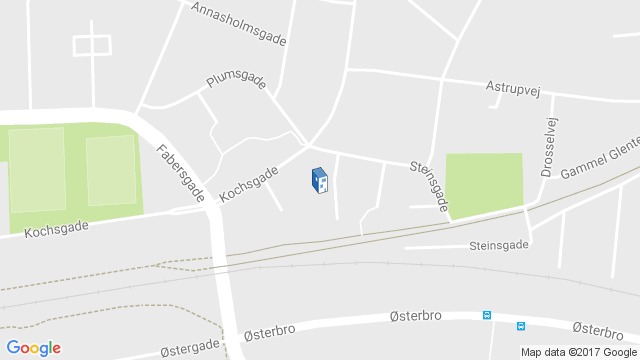 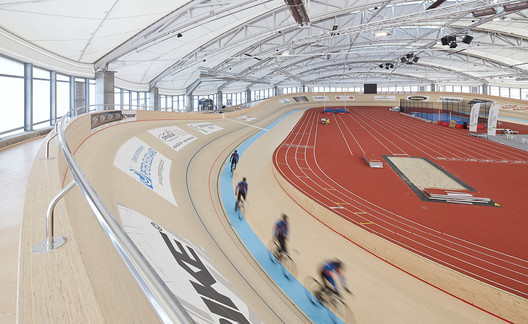