The full project will comprise a new resident hall, conference facilities, an auditorium/performing arts space, and a state-of-art library containing the world’s largest collection of Judaic and Hebraic books, manuscripts and scrolls. Advanced educational technology will be featured throughout. 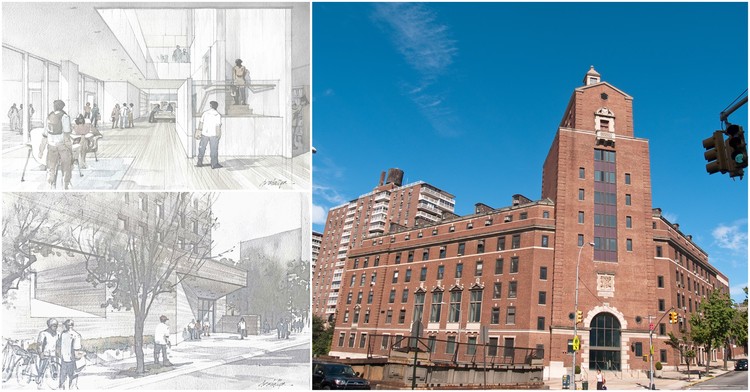 “As we break ground on our new project, we also break ground on a new chapter for American Judaism,” said Marc Gary, executive vice chancellor and COO at JTS, in a press statement. “The exterior of our new buildings will be brick, but the interior will be filled with Torah study, music, camaraderie, debate, new ideas, and new modalities.”

Funding for the project was obtained through the sale of a portion of the campus’ land, estimated to have netted the seminary $96 million. The purchaser, developer Savanna, is planning to construct a 32-story condo building on the site designed by Beyer Blinder Belle Architects that will add 170 apartments to the neighborhood.

The Obama Foundation today unveiled the design of former President Barack Obama's Presidential Center, reports The Chicago Tribune . Designed by Todd Williams Billie Tsien Architects, the center's design comprises three buildings. At the north of the site, the tallest building will contain the center's museum, while buildings to the south will house a library, auditorium, and restaurant, arranged around a public garden. 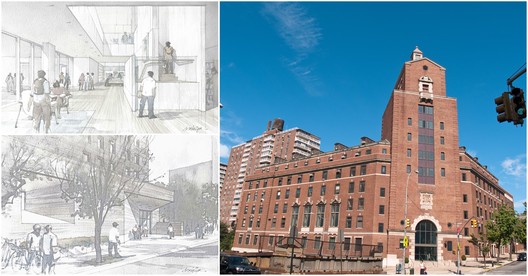