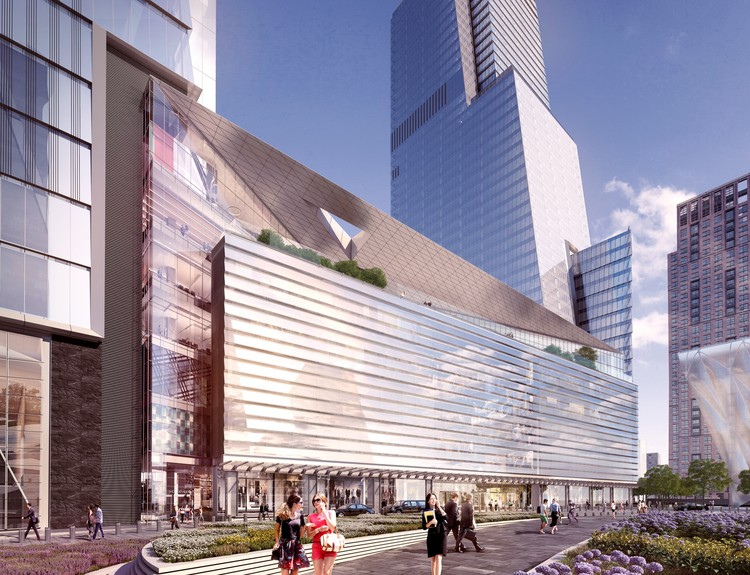 Coinciding with the news, new renderings have been revealed of the complex’s retail and restaurant spaces, the majority of which will be located within a standalone 7-story building known as the “Shops and Restaurants at Hudson Yards,” designed also by KPF (exterior) with Elkus Manfredi Architects (interiors). Progress on the building is well underway, with a completion date anticipated in late 2018.

Upon completion, Hudson Yards will house over 100 shops and restaurants (including dining by celebrity chefs Thomas Keller, David Chang, Michael Lomonaco and Costas Spiliadis), more than 4,000 apartments, a 200-room Equinox hotel, offices and a 750-student public school, all surrounded by 14-acres public space. 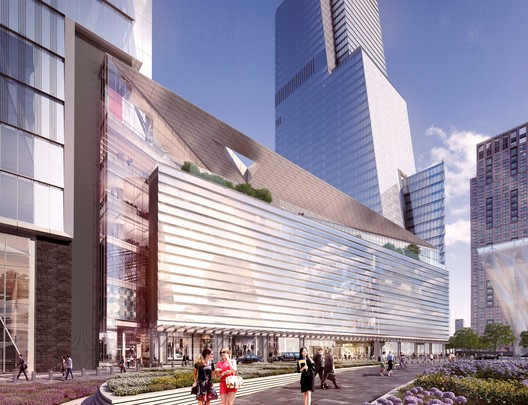