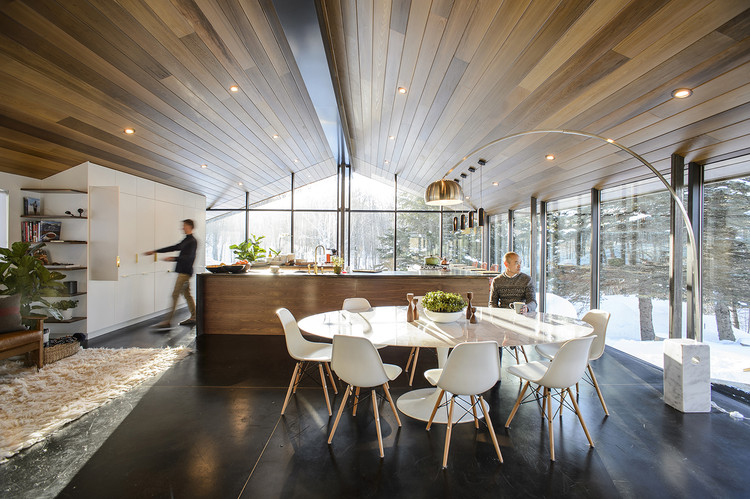 Text description provided by the architects. The Trefoil House inherited a pre-existing three-sided hearth and partial foundation, located on a rural sloped site in Stowe, Vermont. The house was reimagined using the hearth as a structural and narrative generator: The house is built out from its triangular core as three squares joined at the corners.

The three-sided hearth is used as a central program driver, producing a continuous trefoil circulation loop around the perimeter of each square and providing a central point of orientation while allowing for the house to spread into the landscape. Public spaces are enclosed in glass, while private spaces are shielded with sculpted louvers to differentiate the rotationally symmetric plan.

A 150 foot long curtainwall wraps continuously around six sides of the house. The trefoil circulation allows for an unbroken perceptual experience of the pristine site, but critically also allows for an entirely wheelchair accessible upper level in order to accommodate the client’s elderly parents and an aging-in-place philosophy.

First, the desire to perceptually bring the incredible view into the interior. To accomplish this, we borrowed from the method of James Turrell’s skyspaces in which a square of open sky appears as a flattened image through the total reduction of the frame edge. All visible thresholds, sills, and headers to distinguish the passage from interior to exterior are eliminated.

Second, the need for complete accessibility on the upper level. The client and his parents work in the geriatric healthcare industry and are intimately acquainted with the architectural needs of the elderly. To allow for uninterrupted wheelchair access, thresholds, sills, and teak shower pans are flush, and the entire trefoil circulation path is accessible, broad, and clearly defined. 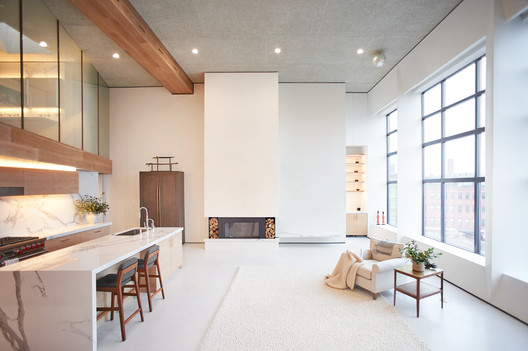 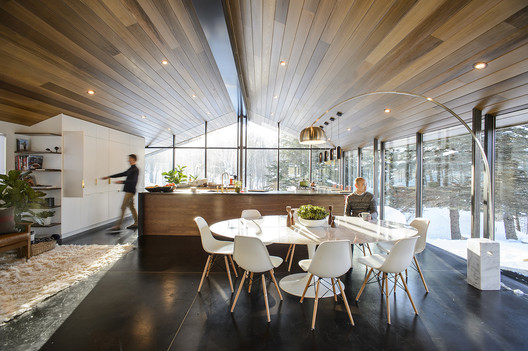