Citymapper, which is just over five years old, has become the go-to mobility app for the majority of the world's major cities. It's strength lies in its accuracy and integration: the app parses local data and always seems to deliver the fastest route, even in comparison to its leviathan, data-rich competitors – Google Maps and Apple Maps. Having always focused their attention on public transport, as opposed to cars and taxis, Citymapper has become embedded into the way large amounts of urbanites navigate cities both familiar and foreign. As of today, they are building buses—and bus routes—of their own. 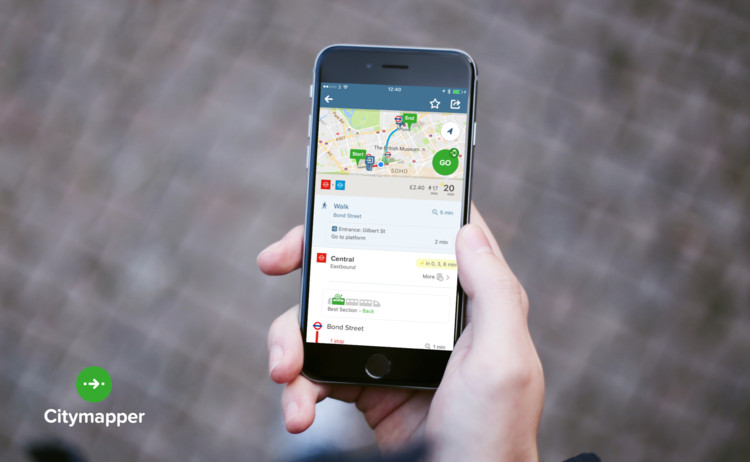 For two consecutive days this week (beginning today, May 9th) an experimental circular pop-up bus route—the "CMX1"—will begin operations in London, the company's home base. In coordination with Transport for London (TfL), "the most forward thinking public transport agency in the world" (because they were at the vanguard in releasing open data about the capital's transport network), the buses will employ conventional, tried and tested tactics: it will run on a fixed route, and will use bus stops.

But this is where any notion of convention "hops off" (so to speak). Inside the buses, a smart display will offer real-time information of where you are where you're going. Each seat will have USB charging stations and, of course, each bus will harness tracking software for "real time integration with the app, passenger counting, and a driver app."

If we’re going to solve urgent problems of congestion and infrastructure, we need buses to improve, to operate smarter. In the era of smartphones we can have responsive buses that react to real-time needs.

The way the route will operate is also comparatively unique. An algorithm will decide a route's viability and frequency in real-time; they will combine it with other transit routes, for example, when it makes sense to do so. This is the real, scalable innovation of this venture: Citymapper buses will be at once standalone and heavily integrated into the existing infrastructure of the city.

If you're in central London today or tomorrow, you can test out of the CMXI between 0700 and 1900. Find out more, here – or just open the Citymapper app!