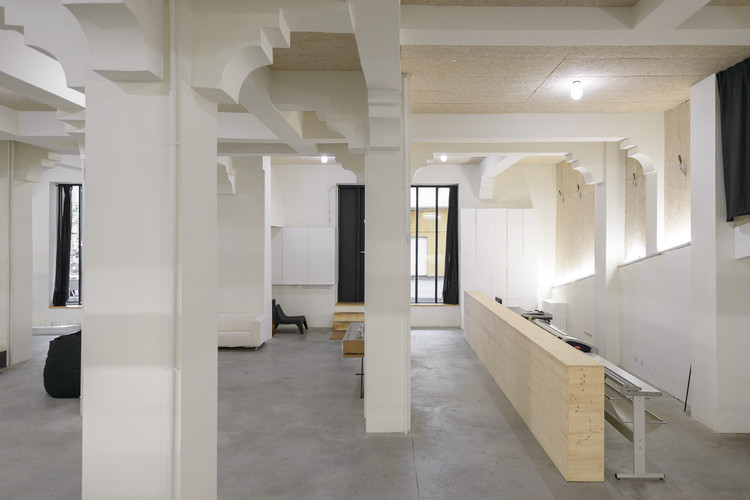 Text description provided by the architects. Among the mid-20s and the 40s of XX century, Joaquim Norte Junior, a well known Lisbon-based architect, designed three buildings relatively unknown near Av. da Liberdade, in the heart of Lisbon, changing between a romantic decorativism of the early years of the last century, and a formal clearance openly modernist buildings in the last of the set.

The first of these projects includes a semi-public passage that connects two streets through the interior of the block, that than continues through the complex of the Church of the Sacred Heart of Jesus, designed 20 years later by Nuno Teotonio Pereira and Nuno Portas, redesigning the path leading down from Avenida da Liberdade at Rua de Santa Marta.

The space of the studio, in a square plan with approx. 25 x 25 meters is strongly marked by the presence of the structure of beams and pillars in reinforced concrete, supporting the six upper floors of the building, and organize the different areas of the studio workspace. A mezzanine divides the 5m height at the rear of the great hypostyle hall. Under the ramp, which allows the motor traffic inside the block, is located a meeting-room and the archives.

The project consisted mainly in the opening of the former large windows facing the courtyard and in introducing the infrastructural system in the old warehouse to allow its use as an architectural studio, but then hiding the intrusive presence of technology, leaving the room in its foundational matrix.

Opposed to the concrete floor, the presence of the wood in accoustic panels, shelves and partitions reclaims the memory of the old carpentry workshop that worked in space. 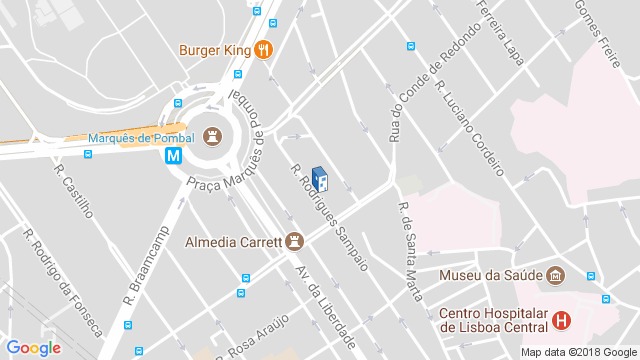 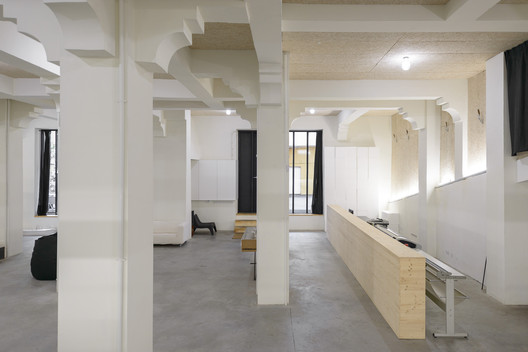