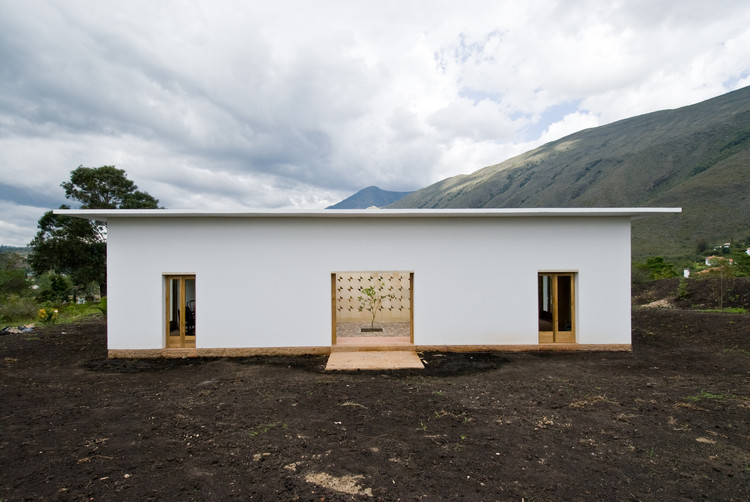 Text description provided by the architects. A house of rest for an artist and his family, a patio house, with a square plan, a regular object in a natural environment, on a terrain with a slight slope, near the long mountain in which is embedded the sacred lagoon of Iguaque. This location generates the idea of ​​the main visual orientation of the house: The volcanic cone where the lagoon is.

The municipality demands in a subjective way that for the new constructions in the region the "colonial style" must be used; and that implies white walls, carpentries in wood, roofs covered in clay tiles, and eaves of 60cm. Paradoxically the regulations do not mention the courtyards.

While the exterior of the house maintains the hardness of the thick white walls of the houses of the region, the interior contrasts with the fluidity of the organized spaces around the two patios (that are visually directed to the lagoon), which are faithful to aspects of the Andalusian architectural culture inherited, such as water, orange trees, round stones.

If the dining room, central space of the house, is a transparent space, it produces an unlimited uncontrolled directional flow, it is necessary that this directionality is cut by a wall on the back courtyard.  When leaving the dining room open on the patio facing Iguaque, and closed towards the other, a front and a back is built in the house, which also defines the social and private area.