“Adopting this new name, the School of Architecture at Taliesin, helps us to secure our identity as an experimental, forward-looking architecture program that is deeply rooted in the Taliesin Fellowship,” said Aaron Betsky, dean of the School. “The process in which we developed our new relationship with the Foundation and our accreditors has been an opportunity to closely examine who we are as a school and how to best position ourselves to advance our mission and create quality educational experiences for our students.”

Coinciding with the name change, the School has also received a new visual identity and branding strategy created by Pentagram partner and Frank Lloyd Wright Foundation boardmember Michael Bierut. According to Bierut, the graphic strategy was inspired by both the institution’s heritage and aspirations.

“The solidity of the horizontally-oriented typography evokes the desert landscape that inspired Frank Lloyd Wright and his students,” explains Bierut. “The variety of forms that these letterforms will assume is meant to indicate the capacity for experiment and invention that has always been at the heart of the Taliesin experiment.”

“Dean Betsky and the School have been excellent partners of the Frank Lloyd Wright Foundation,” says Foundation President & CEO Stuart Graff. “As we celebrate the 150thanniversary of Frank Lloyd Wright’s birth this year, we are highlighting the profound impact Wright has on the way we continue to build and live. We believe that Wright is more relevant today than he was even in his own lifetime, and the School of Architecture at Taliesin is a prime example of his ongoing impact and contribution to innovative architecture and design.”

Michael Bierut Talks Architecture, Graphic Design, and How to (Every Once in a While) Change the World

Graphic designers are the masked superheroes of the design world. They shape the way people interact with everyday objects, often at a subconscious level, and create identities for events, services and businesses.

After a several year battle, the Frank Lloyd Wright School of Architecture has been approved to maintain its accreditation as an institute of higher learning. The school's status had earlier been threatened due to new laws by the Higher Learning Commission (HLC) that require universities, colleges and other institutions to be financially and administratively independent from "larger institutions with multi-faceted missions." 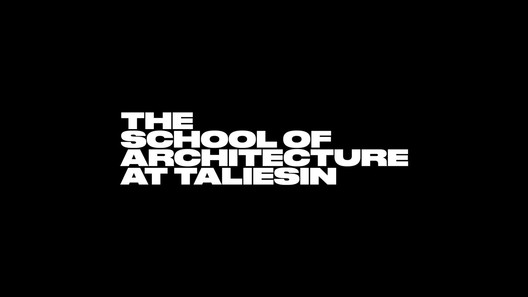