Imagine having a world famous architect be the first inhabitant of your debut solo architecture project - and not just any architect, but I.M. Pei, who turns an incredible 100 years today. This unlikely turn of events actually happened to Costa Rican architect David Konwiser 7 years ago when Pei rented out Konwiser’s Villa Punto de Vista for New Years, although the unbelievable chance encounter almost didn’t become a reality. Just two and a half months prior to Pei’s arrival, the villa was more construction site than materialized building. Understandably, those two and a half months were, in Konwiser's own words, "the most difficult... of my career - and likely my life," as the architect writes in an article for the Architectural Digest. Despite that immense pressure, or perhaps because of it, the villa was ready for its first, and arguably its most important, visitor.

So what would one ask, or say to a person who has become such an icon in the field of architecture? "It all went too fast. In the heat of the moment, I neglected to ask him the sort of questions that any architect might ask such a legend," writes Konwiser. Fortunately, their common appreciation for classical music brought about a deeper understanding between the two than could be resolved with the usual architectural questions. As Konwiser explains the source of inspiration for his cantilevered terraces protruding off the villa, he writes that Pei "looked at me and nodded in a way that implied could not only envision my design process, but that he could relate to it." If that’s not enough to fuel one’s architectural drive for years to come, then we don’t know what is.

You can read Konwiser’s full article on the Architectural Digest here. 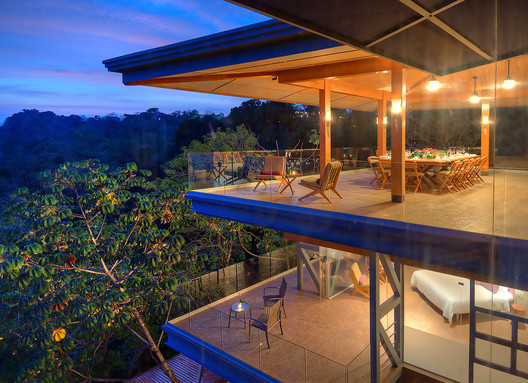