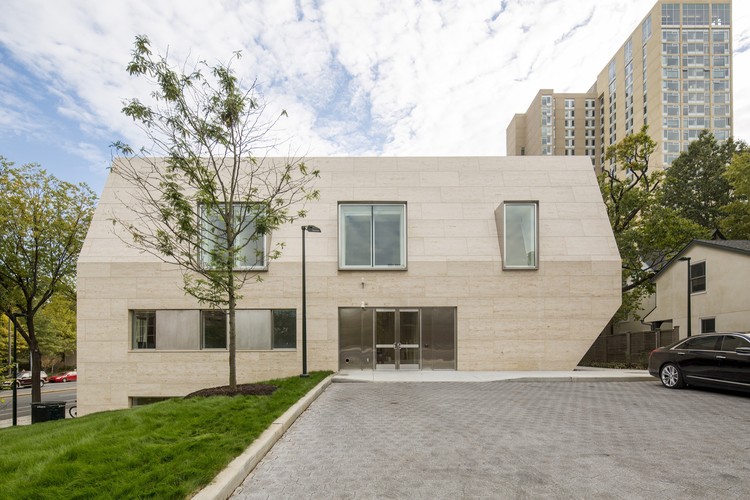 Text description provided by the architects. Designed by 1100 Architect, Perry World House serves as the University of Pennsylvania’s new hub for global engagement. The new space allows affiliates from each of the university’s 12 schools to address international affairs in a cross-disciplinary way. To accommodate the organization’s diverse programs, the 17,400-square-foot building includes a range of spaces, including classrooms, meeting rooms, 14 offices, a 50-person conference room, and common areas, all designed to encourage interaction. At its core is the World Forum, a glass-enclosed atrium that serves as a dynamic multi-use event space capable of hosting seminars, lectures, and special events.

Located at the heart of the University of Pennsylvania campus, the new limestone-clad building sits at the intersection of the main pedestrian route, Locust Walk, and the busy urban thoroughfare of 38th Street. Perry World House mediates these different conditions by modulating its scale accordingly, responding to both the pedestrian scale to its south and west and to the urban scale to its north and east.

The building also helps to shape usable outdoor space, as its landscape will be used for informal gathering and as part of the pedestrian experience of the campus. Studio Bryan Hanes, a Philadelphia-based landscape architecture firm, designed the outdoor spaces.

1100 Architect elected to salvage and reconstruct, per historic documentation, a portion of an existing house built in 1851. Doing this allows the new building to relate to the domestic scale of the adjacent campus buildings to its west, such as the Kelly Writers House. The extant structure also helps to reference Philadelphia’s westward expansion during the 19th century. The original stucco house most recently served as a fraternity house.

On track for LEED Silver certification, the project incorporates many sustainable design features, including abundant natural light (direct views out from 98% of occupied spaces), stormwater capture (90% of the average annual rainfall), energy-efficient fixtures, and materials with high recycled content.

“With its open and flexible spaces, Perry World House reflects and supports the aims of the institution it houses," says 1100 Architect founding principal David Piscuskas, FAIA. "We have created an environment, filled with natural light, where different points of view can be discussed in different types of settings. Transparency between spaces reinforces an emphasis on cooperation between academic disciplines and different world views, while the dialogue of a 19th-century cottage and a 21st-century building gives form to the timelessness of these pursuits.”

“Perry World House is designed to serve a very serious purpose while being welcoming and comfortable. This dual intent is expressed on its primary facade, with the blunt and provocative adjacency of its new institutional scale and pre-existing residential scale components. The turn clearly expresses the university's desire to look to its past and its future, all at once and in one place,” says University of Pennsylvania campus architect David Hollenberg, AIA. 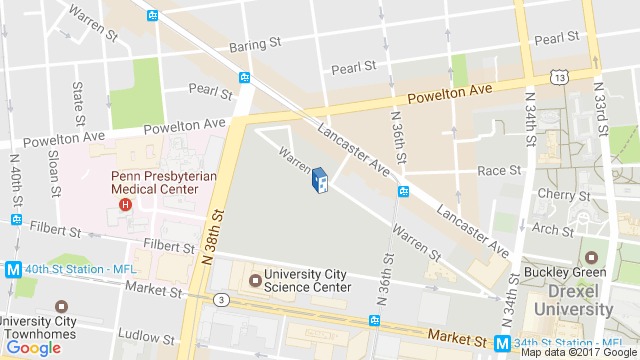