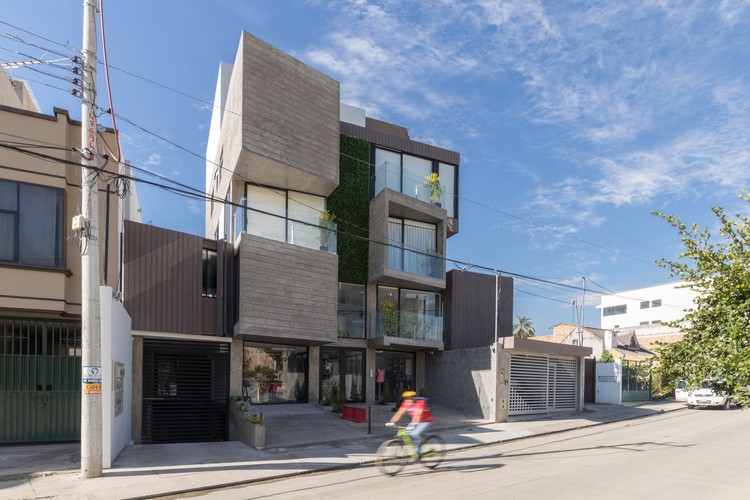 The project raised a great challenge and in turn a great opportunity for the program because it is located in an area of high added value but with an immediate deteriorated context, showing a direct view towards an "abandoned" construction and a service station in The Isabela Catholic Avenue in the city of Cuenca- Ecuador

The project starts from a programmatic hybrid between housing and commerce that arises from the need to generate a proposal that breaks with the functional scheme that is handled in the commercial context, for which it raises housing between 30 and 90m2, from 1 to 3 bedrooms , Seeking to optimize and enhance the spaces, obtaining strategically a greater number of dwellings and mainly greater accessibility of housing of lesser footage in this sector of the city.

Since it is clear that each person is different (unique) and that the standardization of the type plant used in housing projects (grands ensembles) limits people and architecture, a standard system of construction of slabs is proposed, however, different In its functionality seeking to enhance emerging areas (lateral, posterior, etc.), and the characteristics of each department (height, location), making it function as an individual entity that minimizes-maximizes visuals, income Light, wind, etc.

"It is wonderful when it rains, to be in your house and to see that the water falls on your terrace ... it is one of those things that are not fundamental, but that really matter in daily life", Jean Renaudie, 1980.

In the accelerated real estate development of the city we touch a characteristic natural landmark in the city as it is the Barranco, extracting part of this natural accident to generate a relation between a formal (architecture) and informal (nature) use where it is sought to generate a living system Habitable in a kind of “artificial hill”.

Subtractions in the program create flexible spaces that will function as covered courtyards conceived by the same architecture, which will liberate the place in order to improve the coexistence within them by establishing an integration between the inhabitants and their context, which will allow the activities Everyday life are integrated with the urban environment bringing the sensations to what is to live in a house.

Vegetation is integrated in the central wall of the building in order to provide each home with their right to a "natural" soil, which when they leave their patio generate another visual sensation having green area at their side, making it a space of importance In the housing program, experiencing a feeling of close distance with its own and external context, achieving the most important part, that residents take ownership of the space.

The spaces of the project suggest evoking a connection with nature by using textures such as "wood" and "stone" obtaining sensations that, when unified with the vegetation and the virtualities, allow the user to be in permanent contact with a less aggressive environment.

"Isabela" building is a project that recovers the protagonism of the user interrelating it with the atmospheric agents and their environment, leaving aside the criterion of generating hermetic spaces - limited to develop a better experience within the space and the opportunity for the city, which Through a private investment, recover basic values developing a project that makes city.

It must be recognized that housing programs do not have to generate stereotype models, however, the idea is to look at buildings as a living organism that seeks general unification and provide unique solutions and opportunities for residents to be the key to The survival of the program.

"Utopian" and pragmatic at the same time, not by the result but by the adaptation of the city to the project as a series in repetition not of the result but of a similar criterion, it is not tried to be in a fashion situation but to evidence a Loss of thought nature in the people who try to recover where one can think of one, the other, all as a living organism.1 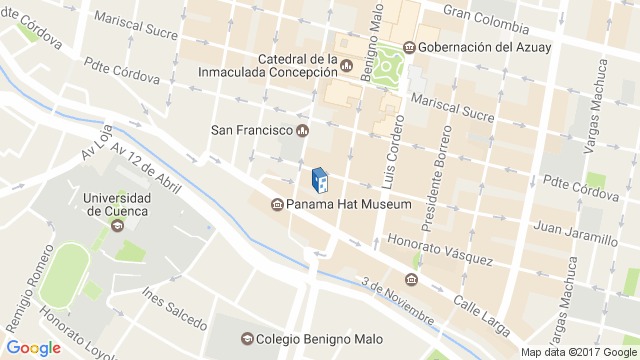