American graphic designer Peter Dovak is passionate about urban transportation. He has creates colorful designs that represent transit systems in a much more instructive way so that people can interpret them more easily.

One of his last projects, called 220 Mini Metros, was based on metro and light rail networks from 220 cities of the world.

The selections were made using visual characteristic criteria that made it possible to represent each of the networks with a visual identity that allowed them to be compared to one another, for example, the number of lines and the coverage between the systems.

Among the 220 chosen systems there are cities that stand out for the sheer size of their metro networks such as Beijing, New York, Paris, and Seoul.

Check out the 220 designs in more detail the project’s official site. 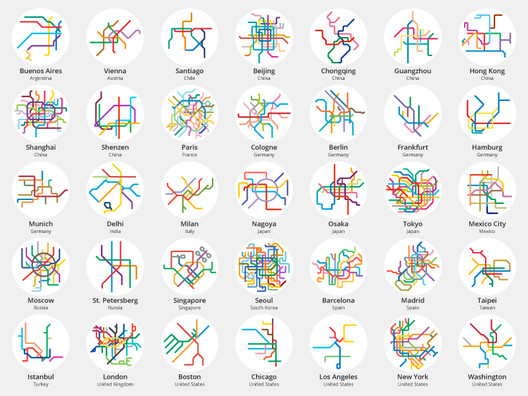