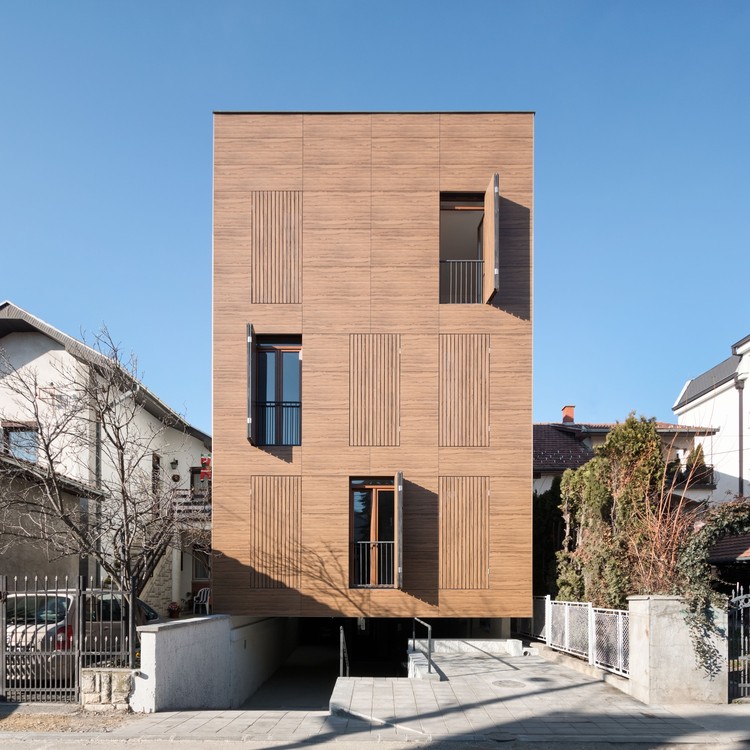 Text description provided by the architects. The N1 Housing in Nemanjina 1 Street in Kragujevac (Serbia) is situated in the city core itself, on a narrow lot which is representative of a chaotic urban environment inherited from the past.

The project was created without direct regard to the narrowest context of the street, because the context itself had vanished in time, in a sense that entails the relation of the structure to the street, the city, the passersby, and ,ultimately, to the users. The context of secular, single-family architecture, lacking distinct characteristics of style, and with an undefined relation to urbanity, has become a burden, leaving no other choice but to be negated, while, on the other hand, the objects with certain architectural aesthetic from period between 20th and 30th of twentieth century that were meant for somewhat wealthier users, still remain as a wistful reminiscence of the past. A part of the street is also taken up by a multi-family building built within the previous 10 years, which is a representative example of construction for market use.

The N1 Housing was initially designed with an open ground floor for greenery and parking space, but, as the bureaucratic limitations got in the way, the property was ‘sunk’, maintaining all the imagined morphological characteristics on the lot with a street front length of approximately 7 meters. In such a way, the project design had moved the entrance in building, as well as the parking space, to a formally basement floor. The greenery was compensated with a landscape garden, that one of the ground floor apartments has an exit to, as well as with two rooftop gardens intended for two duplexes.

Due to the shape of the building, which is defined as a row housing or townhouse, it communicates to the street only via the street façade. To protect the façade from further deformations and interventions by its users which is very common practice in recent time, the treatment was such that it has no terraces, and the ventilated façade, HPL material of which became the material used for solving the apartment shading as well, resulted in a precise and ‘non-contextual’ façade.

The backyard façade, on the other hand, was treated in such a way that it has become unobtrusive compared to the chaotic interior of the urban block, and its shape does not suggest a multi-family residence.

Discrete contextualism among interwar architectural buildings (from 1920-1930) which was only considered as a valid environmental scope, is not eye-catching at first sight, and is reflected in the neat fenestration and restaured entrance door of a single-family house that used to be previously located on the lot.

In a typological sense, the building consists of 2 two-bedroom apartments and 2 duplex apartments-penthouses, with green rooftops that provide a view of the city core.

Special attention is given to the construction which was a rainforced concrete with a span from one to the other lateral edge of the plot that amounts from 7-7,5m because of the trapezoidal base of the plot. This provided the future users with an oportunity to organize their residential units as they wish, having complete freedom, with no constructional limitations in terms of columns or load-bearing walls within the apartments. 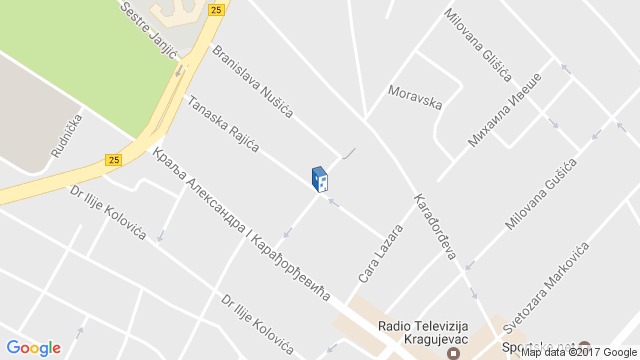 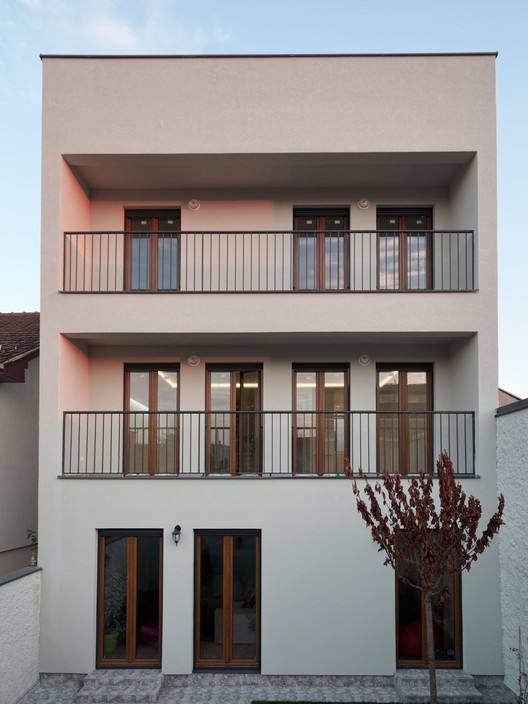