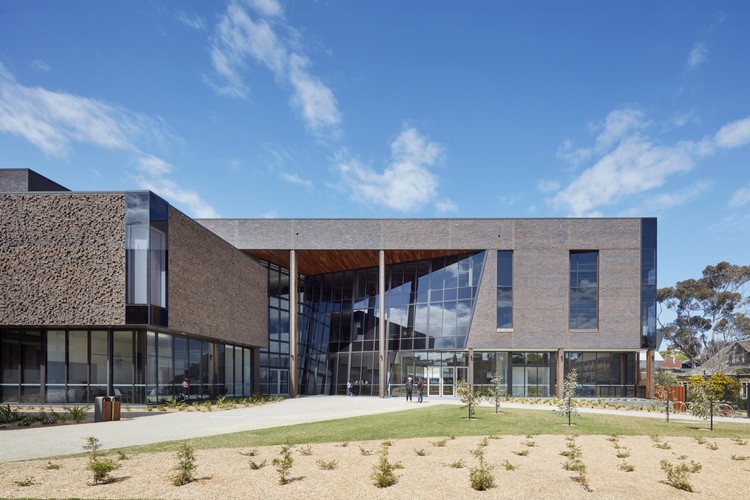 “The upper levels are an intricate composition of textured brick and dark glazing creating an intriguing façade in a modern interpretation of the surrounding Victorian architecture,” he says. A clear-glazed atrium cuts through the building to increase natural light and ventilation throughout, creating a functional and visual link between the two street addresses for the site. Internally, a restrained colour palette and faceted timber panelling create calm, inviting, light-filled spaces that reflect warmth and a sense of timelessness. Extensive computer modelling and a complex structural framework were required to design the timber panelling, used throughout the central atrium and state-of- the-art, 300-seat auditorium. Much of the materials for these spaces were selected for their acoustic integrity; to optimise the sound within and reduce noise-bleed between each of the defined spaces. The new building serves as the headquarters to the Foundation Studies program, which was previously accommodated in leased buildings across Carlton.

Foundation Studies is now served by a 300-seat lecture theatre, 25 tutorial rooms, five drama studios, music rooms and a physics lab, while Trinity College’s extensive cultural collections and archives are housed in a new gallery space and purpose- built displays. According to Trinity College Warden, Professor Ken Hinchcliff, the building has had a significant impact on the college’s culture. “The Gateway Building has brought 1,800 Foundation Studies students back to the Trinity campus, where there is now a much greater sense of belonging,” said Professor Hinchcliff.

“The first-class facilities have been stunningly successful, as evidenced by a surge in their demand for use. The building has been embraced by students, residents, staff and college alumni, as well as the broader University of Melbourne community,” he continued. From an urban planning perspective, this successful infrastructure has effectively blurred the boundary between Trinity College and the University. The Gateway Building has created a uniquely permeable connection, which Professor Hinchcliff believes is responsible for “re-energising the Tin Alley precinct and enhancing the collegiate experience for Trinity College students.” 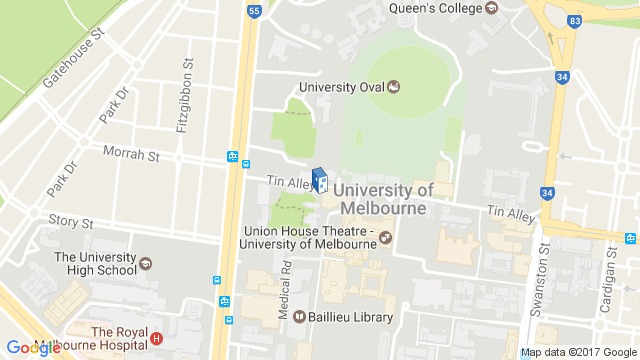 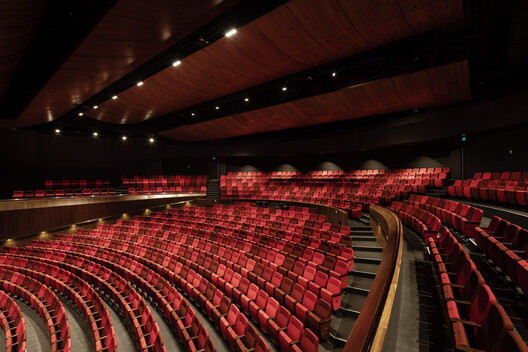 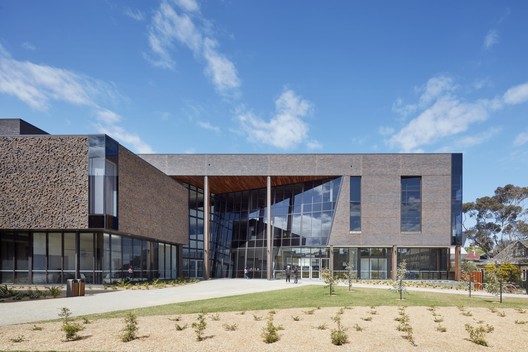